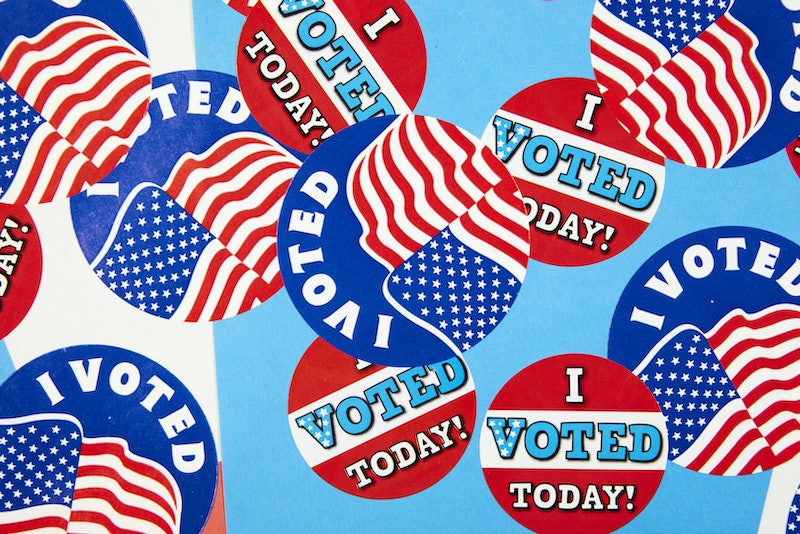 It’s just like college. You don’t think about your midterms until it’s late October, and then your only option is to pull an all-nighter before the big test. But if you leave your studying till the last minute, there’s no way you’ll understand exactly what’s going on. Voting in the midterm elections is a key element of making your voice heard. Here’s why dedicating the time to study up on midterms — and exactly what they are — is so worth it.

Midterm elections happen because members of Congress stay in office for two or six years at a time, rather than four years like the president. This means they have to run for election while the president is still in the middle of his or her term, hence the phrase “midterms.”

Members of the U.S. House serve two-year terms, so all 435 of those seats will be on the ballot. A number of senators will be on the ballot, too. Senators serve for six-year terms, so about a third of the seats in the Senate are up for grabs in every election. This year, 35 Senate seats are in play. Twenty-six of them are currently held by Democrats, and nine of them are held by Republicans, three of whom are retiring and won’t run for re-election.

So, it’s just about Congress?

Nope — there are a few other elected officials you might find yourself voting for during the midterms. If the governor’s seat is on the table in your state, you’ll also be asked to vote for officials who serve under the governor, such as the lieutenant governor, attorney general, and secretary of state. You might also vote for members of your state’s legislature and Supreme Court (yes, your state has its own Supreme Court). Local judges and members of the municipal government may be on your ballot, too. These include county and city officials.

When you vote in the midterms, you may also encounter questions that ask for your thoughts on a law. Normally, to pass a state law, the state legislature (a state-sized version of the House and Senate) must vote on the measure. But ballot measures are a way for voters to bypass their state legislatures and pass those laws by popular vote instead. For example, Arizona voters in 2016 passed a measure to raise the minimum wage to $12 by 2020.

All right, but do the midterms really even matter?

Control of Congress can shift from one party to another as a result of the midterms, and according to fact-checking website PolitiFact, the party of the current president usually loses seats in midterm elections.

That’s huge. How can I find out what’s on my ballot?

There are a few straightforward tools you can use to get ready. USA.gov has a list of senators, governors, and mayors whose races are coming up in November. You can also find that information on your state’s election office website — find that here — or on Ballotpedia, where you can find a list of ballot measures that you might vote on in November.