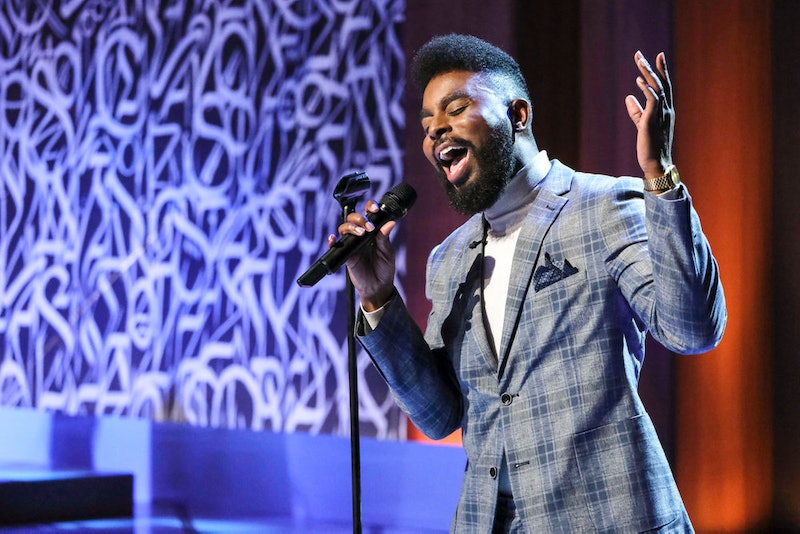 There are plenty of competition shows for singers, but NBC's new series Songland shines the spotlight behind the scenes: to the songwriters hoping to bring new hits to life. Unfortunately for the contestants, the Songland prize isn't monetary, but it could certainly lead to financial success down the line. The winner's music will be recorded by one of the show's many A-list performers, which is definitely one way to kickstart your carer.

Per The Hollywood Reporter, each episode of Songland will feature five songwriters performing original tracks for a panel of judges that includes songwriters Ryan Tedder, Ester Dean, and Shane McAnally, as well as a rotating musical guest. The judges will then pick three songwriters to be paired up with producers to further develop their songs. After that, a winner will be chosen, and their finished single will be recorded and released by the episode's guest artist. Basically, competing on Songland means you could be writing a huge artist's next big hit — and winning means your music could be everywhere soon.

So while yes, a cash prize is always nice, having the chance to get your music recorded by one of the below big names is the opportunity of a lifetime.

The winning song from the first episode of Songland has been made available ahead of the episode — a John Legend song entitled "We Need Love," which is reminiscent of previous Legend hits like "Ordinary People" and "You & I (Nobody in The World)".

While people tend to associate songwriters with pop music, the inclusion of artists like Macklemore on Songland suggests that the show will be looking for songwriters who span across all genres.

Meghan Trainor's most recent album, Thank You, featured the hit singles "NO" and "Me Too," both of which have over 200 million streams on Spotify. Having a role in crafting the next Meghan Trainor song could mean having a role in her next big streaming success.

Leona Lewis is a product of reality television success herself, having won The X Factor before her single "Bleeding Love" became a massive hit. Now, she's returning the favor by allowing a Songland episode winner to work with her on her next single.

Songland will feature different singers in each episode, which means that artists from various genres and different levels of fame will appear on the show to find their next collaborators. Songland can't promise its contestants the next No. 1 hit, but winning an episode could be a career-making opportunity — at the very least, it will introduce them to a big audience of music fans and industry folks.