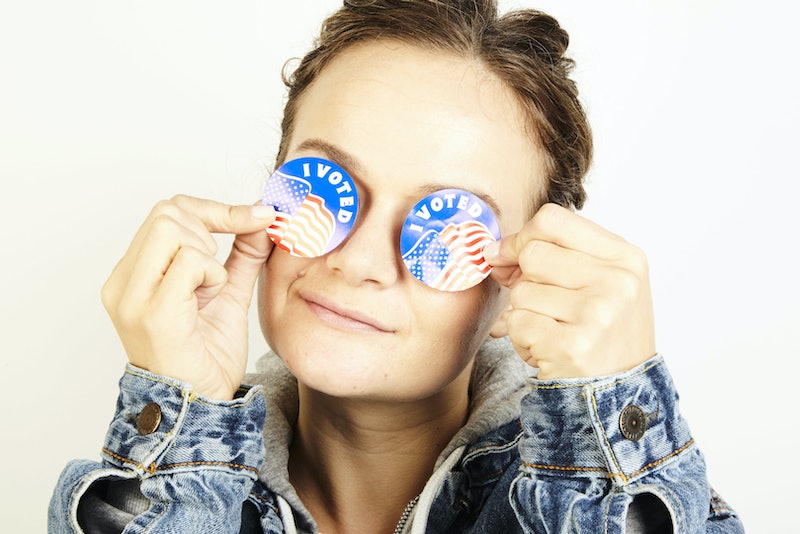 One of the most important things to do when you’re voting in the midterms is make sure you get to the polls on time. If you miss Election Day, you can’t cast your ballot late. So mark your calendar and set a reminder, because if you’re asking when Election Day is, there are a few key things you should know.

Election Day always takes place on the Tuesday after the first Monday in November. In case you don’t have a 2018 calendar nearby, the big day falls on Nov. 6 this year.

Election Day hasn’t always been in November, though. Historian of the Senate Don Ritchie told NPR in 2012 that by the time the Founding Fathers concluded the Constitutional Convention in 1787, they “were exhausted and they hadn't made up their minds on a lot of things” — including dates for federal elections.

So states chose their own election dates until 1845, when Congress took charge and set a recurring date for the presidential election. As it’s listed in the U.S. Code (basically, the laws of the United States), the election must follow these guidelines: "The electors of President and Vice President shall be appointed, in each State, on the Tuesday next after the first Monday in November, in every fourth year succeeding every election of a President and Vice President."

That’s presidential elections, though. What about the midterms?

Cool, but I wasn’t here for a history lesson. What time on Election Day can I vote?

Polls usually open at 6 or 7 a.m. and close beginning at 7 p.m. This varies depending on which state you live in — just make sure you check ahead of time so you don’t arrive to vote after the polls close. It's also important to remember that as long as you're in line before polls close, you will get to vote.

Wait, what if I have to work that whole time on Tuesday?

My state doesn’t allow me to take off work.

Yeah, and there are 13 states that don’t offer early voting. If you can’t get to the polls on Election Day, you can cast an absentee ballot by mail. Just make sure you follow its instructions and postmark it by the deadline (which is often earlier than Election Day!) and you’re all set.

It all depends on where you live — Vote.org has a state-by-state breakdown — but, in general, Nov. 6 is the big day. Put a Post-It on your bathroom mirror, set a reminder on your phone, hire a carrier pigeon — do whatever you need to in order to remind yourself that it’s time to show up and vote.