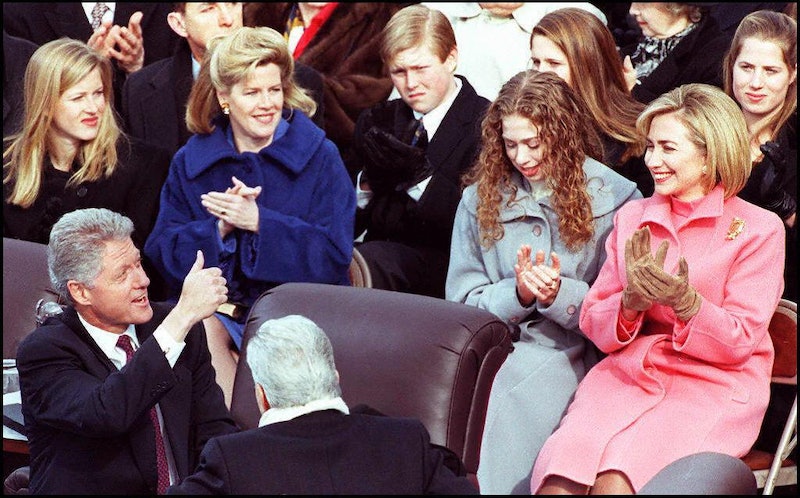 Trump only has one solo artist lined up for inauguration day so far, former America's Got Talent contestant Jackie Evancho. Many of the artists invited have reportedly declined to perform, and those who have signed on have faced public backlash for their decision to participate in the president's celebration. Drawing celebrity performers to the inauguration was never a problem for the last few decades of presidents, and there is perhaps no better example than the performers enlisted by Clinton to entertain the crowds at his 1993 and 1997 inaugurations.

Fleetwood Mac was the headliner for Clinton's first inauguration ball. The band hadn't performed together in years, but reunited to honor the 42nd president. Chuck Berry and Little Richard also performed at the gala, as did Barbara Streisand. And Michael Jackson sang his song, "Gone Too Soon," as a call to action against the AIDS crisis.

Bob Dylan performed an acoustic version of "Chimes of Freedom" at the Lincoln Memorial during the inaugural concert. And, as an homage to Clinton's own musical abilities, a group of the nation's best saxophone players, including '90s smooth jazz king Kenny G, jammed on the steps of the monument.

For his second inauguration in 1997, Clinton again pulled in a star-studded lineup that spanned many genres of music. His Presidential Gala featured performances from Aretha Franklin, Stevie Wonder, Trisha Yearwood, Kenny Rodgers, James Taylor and Dave Matthews Band, among many others.

It doesn't come as much of a surprise that artists would be unwilling to perform for Trump. Many musicians and actors publicly supported Hillary Clinton during last year's campaign. Trump had an equally difficult time getting stars to appear at the Republican National Convention last summer. The biggest names he could round up were actors Scott Baio, who's hit TV shows aired in the '80s, and Antonio Sabato Jr., as well a reality TV star Willie Robertson, of Duck Dynasty.

In December, he tweeted that although "A list celebrities" wanted tickets, he didn't care about them; he wanted "the people" in attendance. And after actress Merryl Streep criticized him at last week's Golden Globes ceremony, Trump went on a tirade, calling the actress "overrated."