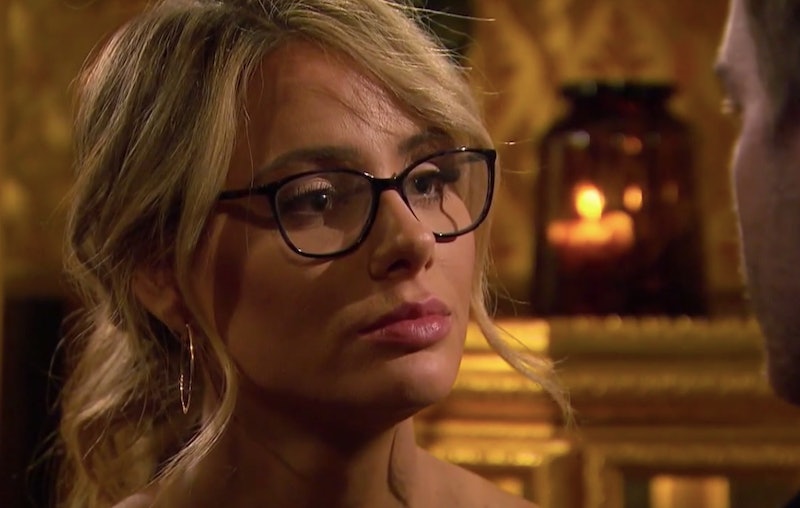 She came into the process with an open heart, and ultimately, her biggest fear came true. Victoria Paul left The Bachelor when Peter said he couldn't see her as his wife. After being wrapped up in the Alayah drama, she could feel him pulling away. So she took the time to check in with him, and he kind of blindsided her with his feelings. In a matter of minutes, she was in a cab to the nearest hotel.

At first, he said that he wasn't as confident in their relationship as her, and she could tell he wasn't being upfront. "I don't understand," she said. "Are you saying you don't want me to be here?" Peter hung his head. "I don't know if I could see you as my wife," he muttered. "I'm so sorry."

After realizing what was happening, she didn't bother hanging around for the rose ceremony. “This is the last conversation we’re going to have," she said proudly. "This is not love.” And just like that, she was out. "Can I get a car?" she asked, crying. "I just wanna leave." He followed her out where he thanked her for her time, and said he was glad their paths crossed. He added the famous line of whoever ends up with her is "going to be so lucky." But it didn't seem to comfort her at all.

Before the moment aired, Bachelor spoiler machine Reality Steve speculated that Victoria eliminated herself from the show. But Peter saw the situation differently. When he returned to the rest of the girls after seeing her off, he specifically said that he sent her home, and it was a shock to them all.

Fans were just as surprised — they thought for sure Victoria would be a frontrunner. The whole thing seemed kind of sudden, considering how well they connected during their first one-on-one, where she told him she was falling for him. But Reality Steve did point out that she attended a scheduled event to crown the new Miss Louisiana the same week she returned home. "That timing is too convenient," he wrote.

Regardless of what her intentions were, she has officially moved on. And some are already slating her to be the next Bachelorette.