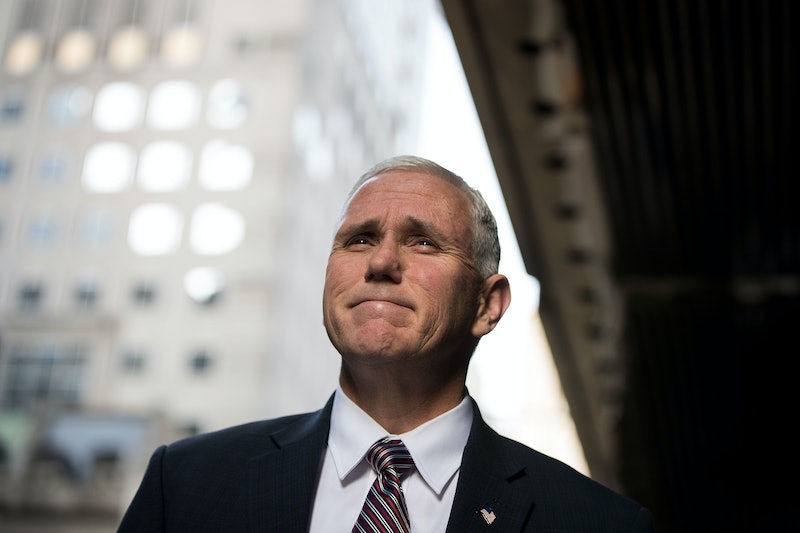 Since November, President-elect Donald Trump's Inaugural Committee has been hard at work planning three days of official ceremonies and the countdown to Inauguration Day is finally winding down. But while Trump may be having trouble persuading big name acts to perform at his inauguration, some of the day's schedule – like who will be sworn into office first – are already predetermined. Vice President-elect Mike Pence will take his oath of office prior to Trump's swearing in. But why does the vice president get sworn in first?

Yet while Pence and Trump will be sworn into their respective offices at the same inauguration ceremony, they'll take different oaths. Although the Constitution spells out the Presidential Oath of Office in Article II, Section 1, Clause 8, it makes no mention of what oath the vice president should take.

According to the Joint Congressional Committee of Inaugural Ceremonies, the oath administered to the vice president has changed a few times over the course of the nation's early years. In 1884, Congress settled upon the oath still used today. The vice president takes the same oath of office administered to U.S. senators, representatives, and other government officers.

While Pence's swearing in ceremony may be considered a warm up for Trump's inauguration, his term as vice president stands to have just as big an impact on Americans as Trump's presidency.