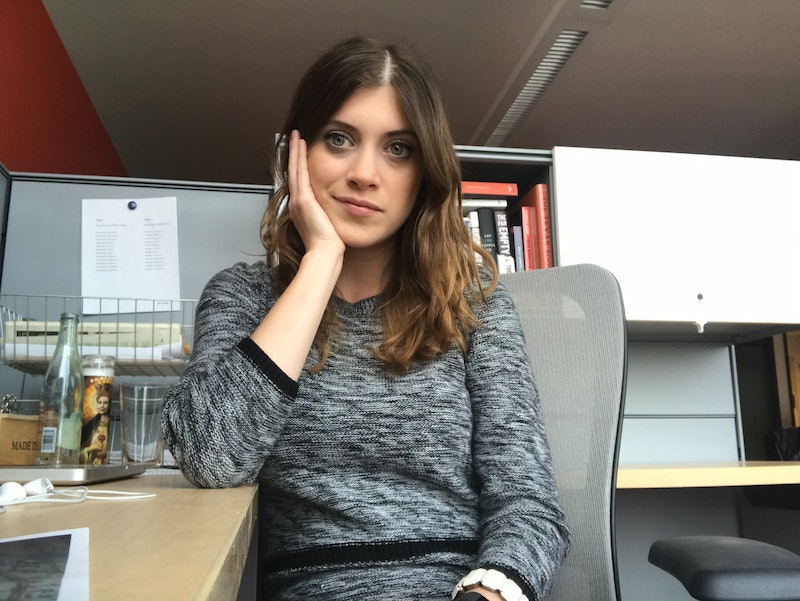 Donald Trump's presidential victory in November launched calls for women across the country to get IUDs before he assumed office. From articles to Twitter pleas, in the days following Trump's election women encouraged each other to get IUDs. After all, the Centers for Disease Control and Prevention considers intrauterine devices to be one of the most effective forms of birth control. While every woman needs to decided for herself what is the right form of birth control for her needs, I am here to make the recommendation that you should consider taking the plunge and get an IUD before the inauguration. Take it from someone who has done so recently — and considers it one of the best decisions of her life.

I'll give some background, not because anyone needs to justify their rationale behind taking charge of their reproductive health, but because I feel like women are largely silent about their own personal experiences. That's a horrible silence that I would like to break, and so, here's how I personally arrived at my decision to get an IUD.

I had been on oral birth control for the better part of a decade. As an uninsured college student, I paid $30 per month for generic birth control pills. When the Affordable Care Act went into effect, my insurance — which I had, fortunately, obtained through post-graduation employment — suddenly brought my birth control down to $0. I thought that there could be nothing better. There was.

The only consistent thing I had heard about getting an IUD was that it was a painful experience. One friend described it as the worst minute of her life. Another said that she had blacked out from the pain. At the time, I couldn't understand why going through that seemingly traumatic experience would have any added benefits from the pills I took every morning, prompted by the ring of a daily alarm I had set.

That was until Trump was elected to office. Until that point, I had seen birth control as a fundamental right, something that I would always be able to access. Suddenly I felt that fading into the distance, something that someone could easily be stripped from me. It wasn't just Trump's promise to repeal the Affordable Care Act, the very thing that made my birth control pills and IUD free and made birth control affordable for women across the country, but his vows to return abortion access "back to the states."

I live in Texas, a place that I love deeply, but one that is increasingly hostile to abortion and reproductive health access. As of this writing, Texas's proposed rule on fetal burials — which would mandate that women who obtained abortions would have to cremate or bury the fetus at any gestational stage — has been halted by a federal judge until he makes his final decision on it (which won't be until the week of Jan. 23, according to the Dallas Observer). The fact that this ridiculously anti-choice rule could go into effect is one of many examples of why I don't trust my own state to let me manage my health.

So in December, I decided to get an IUD, a device that — under current laws — would offer the best guarantee that I would not have an unwanted pregnancy with no cost with my insurance. I have been married for two years. My husband and I know that we do not want to have children within the next five years, the time that my IUD should protect me from an unexpected pregnancy. The freedom that I've found in not having to take a pill every day, knowing that I have a semi-permanent solution to my birth control needs, has been more freeing that I could have ever expected.

Did it hurt? Sure. It wasn't exactly a pleasant experience having my IUD inserted. But as someone who did it without any kind of medication, I can say that it is a completely bearable and worthy experience to endure considering the payoff — one that will all but assure me I can continue to have sex with my husband without worrying about an accidental pregnancy.

Here's the thing: there a lot of things that I am unsure of with the Trump presidency. I don't know how accessible birth control will be. In fact, I don't know how accessible abortion access will be, particularly with an ardent anti-abortion voice taking the vice presidency. Rather than risk the consequences, I decided to take make my own decisions — while I can — about my own reproductive health. So, before anyone, particularly Trump, can make those decisions for me, I took the matter into my own hands. And I encourage you to do the same.