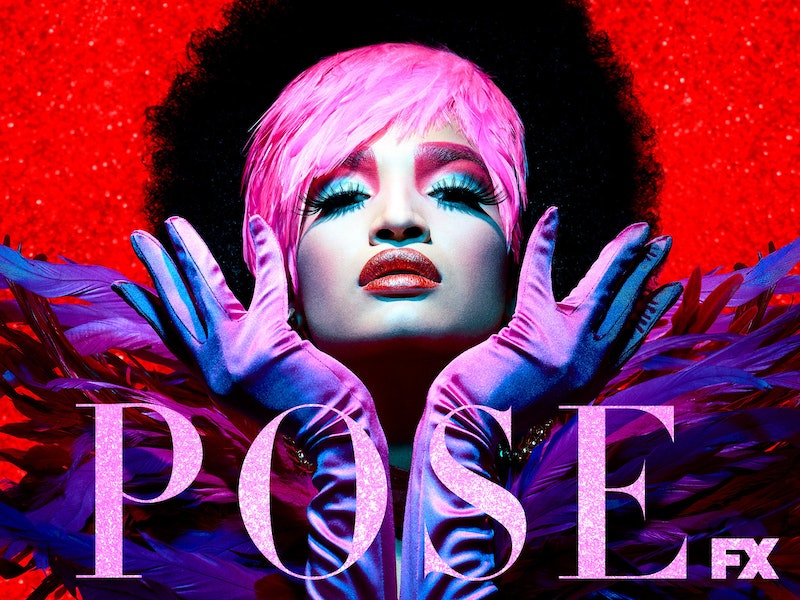 Anyone needing inspo for this year's camp theme at the Met Ball needn't have looked any further than FX's Pose. Brought to you by some of the most creative minds in TV — Glee and American Horror Story's Ryan Murphy, Scream Queens' Brad Falchuk, and Transparent's Our Lady J, Pose harkens back to the era of ball culture — an era that was, in many ways, defined by camp. After a stellar first series, fans of the FX show are now undoubtedly wondering: will Pose return for season two? Well, you better get ready for some amazing news. Because the category is about to be season two realness.

Hardly anytime after Pose had even been aired, the show announced on its official Twitter @PoseFX on Jul. 13, 2018: "We've got amazing news, #PoseFX family! Get ready to snatch more trophies and tissues because season 2 is coming!"

FX's CEO John Landgraf had plenty of praise for the show following its renewal, as he gushed: “Ryan Murphy has once again revolutionized television with Pose, an incredibly engaging story of creativity, courage, compassion, love and family at a pivotal time in our culture,” Entertainment Weekly reported on Jul. 12, 2018.

While series one of Pose debuted on FX on June 3, 2018, according to Deadline, the show didn't get its UK release until almost a year later, as it landed on BBC2 on March 21, 2019, and will culminate its eight-episode series in the UK on Thurs, May 9 at 9 p.m. Remember, if you've missed out on some episodes, or the hype of Pose altogether, then you can rewatch episodes on BBC iPlayer.

According to Variety, series two of Pose will make its debut on FX in hardly any time at all. The lucky US viewers will be able to catch the show on June 11 at 10 p.m., but as Digital Spy reported on April 12, a UK air date has yet to be announced, and by the site's estimates, it might not appear on your screen until at least 2020, as per the previous series' pattern. I'm going to check in with one of the show's reps at the BBC to see if they can offer up any further info, so stay tuned.

While you might have to wait a little while for series two, your patience will be duly rewarded — especially if you're a fan of pop legends. As NME reported on March 25, the next instalment of Pose will be set in the 1990s, right around the release of Madonna's culture shifting single 'Vogue.' As the show's creator Ryan Murphy told E! on Aug. 3, 2018, the second series will orient itself around “how that song sort of took something that was unknown in the culture and made it mainstream.”

Thanks to shows such as Pose, ball culture — alongside its incredible traditions and important history — is entering the mainstream consciousness, as new generations are invited to learn about what it really means to vogue.