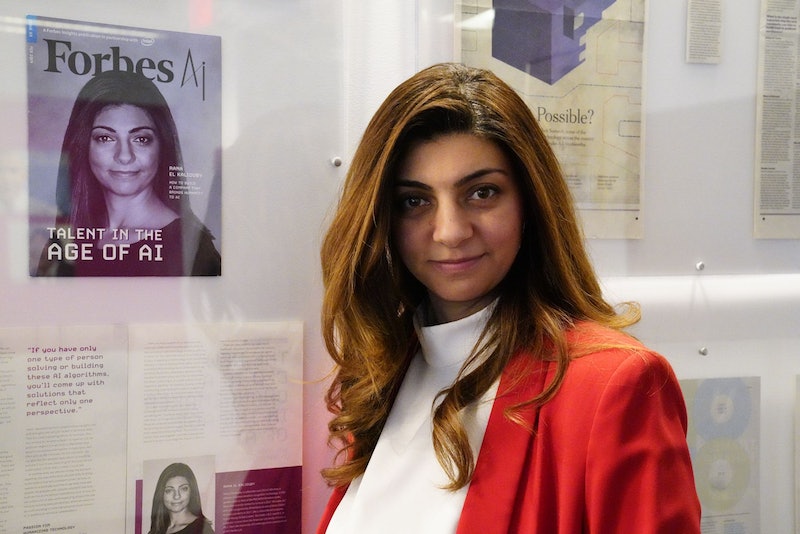 Throughout the pandemic, entrepreneur and Egyptian-American computer scientist Rana el Kaliouby has been doing a virtual book tour for her recently published memoir Girl Decoded.

“I kept imagining if emotion AI was integrated into these video conferencing platforms,” she says. “With people’s consent, of course, you could collect all that data and in real time show me the level of engagement. Are people excited about this, or rolling their eyes, or yawning out of boredom?”

“What if?” has been the question that el Kaliouby has built her career on when it comes to the ways in which people’s emotions can interact with technology. She’s the cofounder and CEO of Affectiva, a startup that start up that implements a wide variety of Emotion AI. Her interest in emotions and artificial intelligence began in Cairo, when she read MIT scholar Rosalind Picard’s 1997 book Affective Computing. The book’s thesis was that if people actually want smarter computers, they must be designed to recognize and understand people’s emotions.

That idea changed the course of el Kaliouby’s life and career, and inspired her to go to Cambridge to get her PhD. For her thesis, she developed a facial expression reading algorithm and even got the chance to show her work to Picard, who was visiting Cambridge. Picard was impressed and offered her a position with the affective computing research group at MIT’s Media Lab. It was there that they explored the first application of their technology with people on the autism spectrum.

“We built a device that pretty much looks like a Google Glass, and we used it to help individuals on the autism spectrum understand facial expressions, which a lot of them struggle with,” el Kaliouby explains. “This system would track if a kid on the spectrum actually looked another person in the eye, and it was gamified to make it fun and engaging.”

When el Kaliouby and Picard left MIT to pitch their company Affectiva to investors, they learned quickly to not use “the E-word” in their pitch deck—especially as two female scientists—instead replacing “emotion” with words like affect or sentiment.

Ten years later, el Kaliouby believes that the world now understands the importance of emotions and how they “drive every aspect of our lives, including our decision-making and our memory, and how we communicate.” From therapy and wellness apps to VR headsets that can help people struggling with PTSD, tech has come a long way in embracing emotions.

A large part of el Kaliouby’s decade-long journey was learning to decode and express her own emotions.

She initially sat down to write a book that would “really evangelize emotion AI,” but as the writing process started, she examined her own unusual story as a self-proclaimed “nice Egyptian girl” who grew up in the Middle East and ended up becoming the CEO of an AI company in a male-dominated industry.

Her parents were both technologists and programmers—el Kaliouby’s mom met her dad in a COBOL programming class—but she says she underappreciated her mom’s involvement in tech growing up. ”Now I realize how awesome that was,” she says.

At the beginning, el Kaliouby was Affectiva’s Chief Strategy & Science Officer, but when the company’s CEO left after four years, a few people on the board suggested she take the position. Yet, the imposter syndrome so many women struggle with initially kept her from pursuing the job. “If you don’t hit 150% of the asks on a job description, you generally don’t raise your hand,” she explains. “Whereas men tend to take a little more risk. I was my own biggest obstacle.”

Once she convinced herself she could do it, the board unanimously voted her in. Since 2016, el Kaliouby has landed on Forbes’ Top 50 Women In Tech list and won Smithsonian Magazine’s American Ingenuity Award in Technology.

Today, el Kaliouby pays it forward as a mentor for up-and-coming entrepreneurs through the Boston chapter of All Raise, an organization that supports female founders and investors. For women starting out in their fields, her biggest piece of advice to them would be to invest time in building a network.

“My younger self basically thought that the solution to anything would be to work harder, which is true, but I also never made time to create a network and connect with like-minded people,” she says. “I think it’s so important to make time for that.”