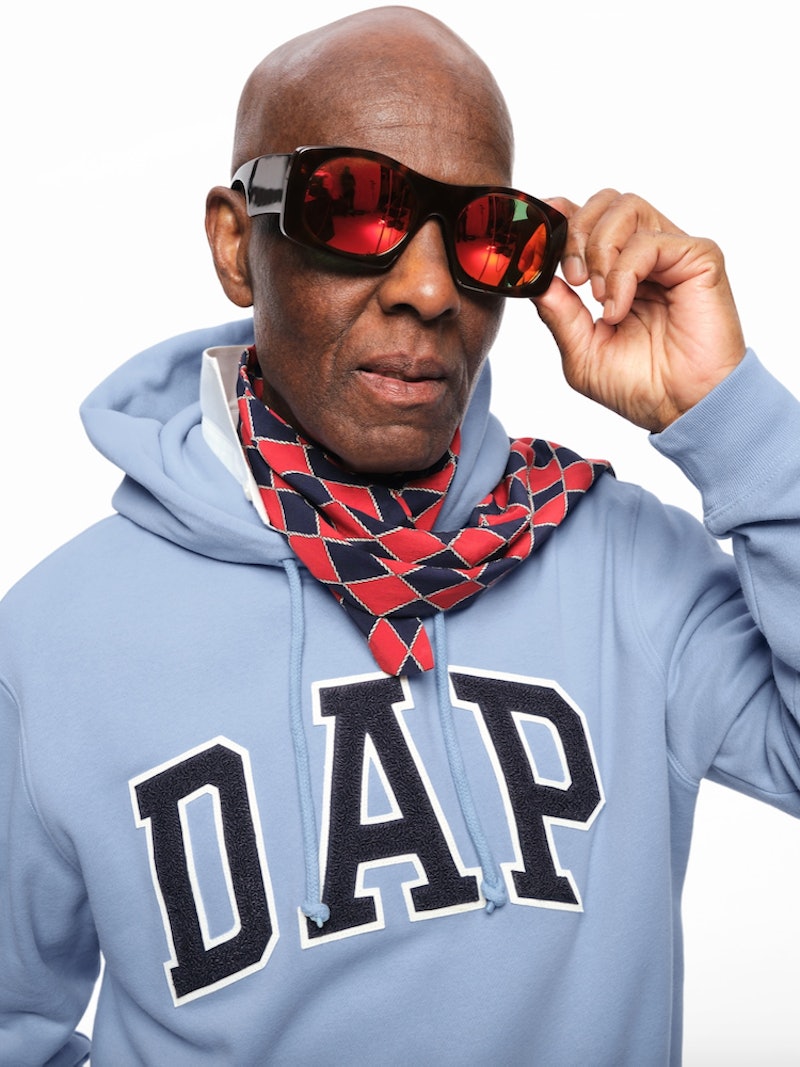 It’s the most wonderful time of the year. Yes, I mean Leo season, but specifically, it’s Dapper Dan’s birthday. And generous as always, the fashion icon is giving us a gift on his big day. The 78-year old posted on Instagram that he wants everyone who has been trying to cop his coveted DAP GAP Hoodie to be able to get it today courtesy of one bonus drop, and it’s happening as we speak.

ICYMI, the first two DAP GAP Hoodie drops sold out almost immediately back in March, so you definitely don’t want to miss your chance to snag this piece of inevitable fashion history. Dapper Dan is well-known for defining hip-hop fashion in the 1980s and early ’90s, emphasizing luxury logomania and creating pieces for Black folks that were often not given the time of day by designers, regardless of their wealth.

Dapper Dan was eventually forced to shut down his copycat business after receiving various cease and desists from the brands he was reworking at the time, but he made a tremendous comeback in 2017 following Gucci’s interpretation of a 1989 Dapper Dan design and is finally getting his well-deserved flowers.

The fashion innovator has since collaborated with Gucci and re-opened his Harlem atelier. He’s also had his work featured in numerous museum exhibits, such as MoMA’s “Items: Is Fashion Modern” in 2018 and the Met Costume Institute’s “CAMP: Notes On Fashion” in 2019.

His designs have graced the Met Gala and the television screen, including Lizzo’s debut SNL performance. Now, he’s the first designer to ever have his own name displayed on GAP’s iconic logo hoodie.

Did I turn on post notifications for Dapper Dan’s account in the event that a surprise drop would be announced after I missed the first two? Yes, I did. Am I considering buying every colorway? Yes, I am.

His Instagram post on Monday cited the reason for the bonus drop as the designer’s own birthday: “For my birthday wish today I want everyone who wants my hoodie to be able to get one, so here’s the last drop. & thanks to everyone for the amazing support, y’all help me take our culture around the world!”

To get in on the action before these inevitably sell out, you can find the limited edition hoodie below in four colorways for $98.