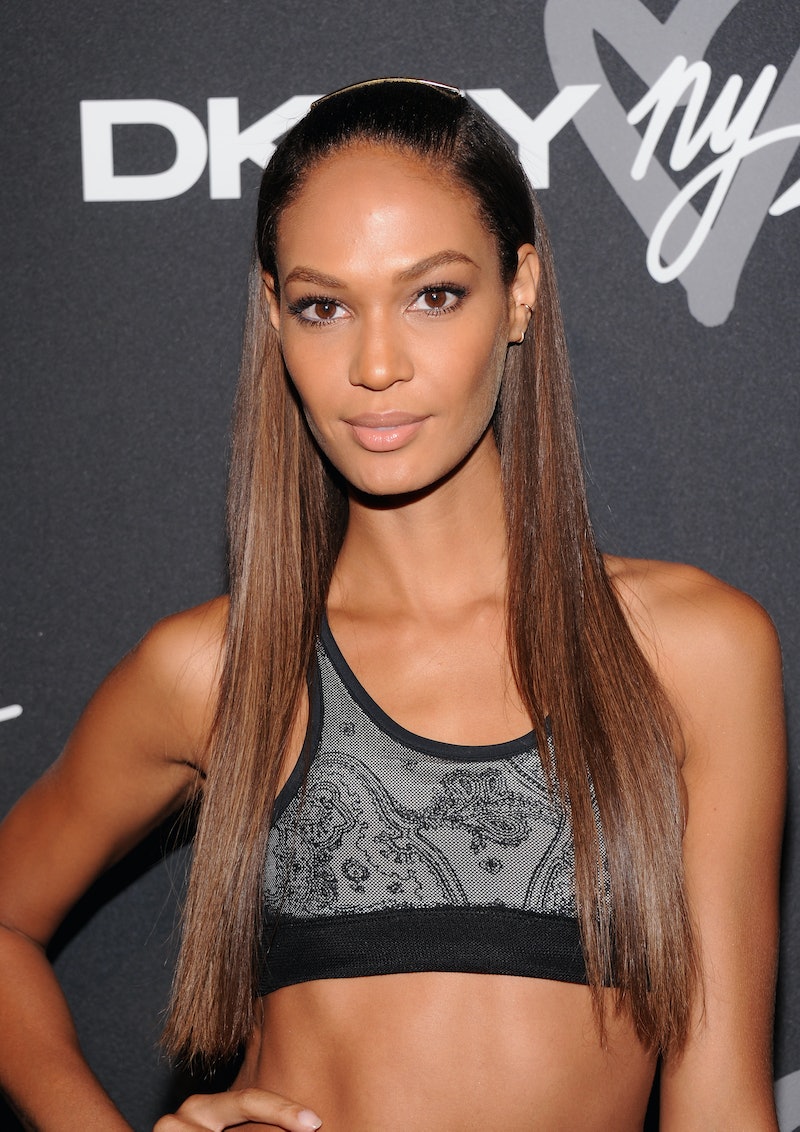 Adding to this year's plethora of discussion-generating magazine covers, ELLE 's January issue features the lovely Joan Smalls, reinvigorating the on-again-off-again conversation about the need for more racial diversity in fashion publications. ELLE chose the top model as its January 2014 cover girl, and Smalls exudes confidence and radiance in a bronze-sequined Givenchy dress. The cover, however, is a small step in what Smalls deems an ongoing initiative to diversify the face of fashion.

In her ELLE interview, Smalls spoke about the fashion industry's lack of conviction about hiring models of all ethnicities, saying:

But when you see 18 seasons in a row and not one single model outside a certain skin color…? There are people in the industry who are advocates, who support diversity. And there are people who do not. I don't get it. Beauty is universal.

ELLE's editor-in-chief Robbie Meyers stated that Smalls is exactly the type of model and woman who belongs on the magazine's cover:

Joan is an Elle girl in every way — she's smart, charming, fit and totally in charge of what's going on in her life.

Since ELLE tweeted the cover image on December 4,

readers of the publication and fashion aficionados alike are applauding Smalls for her honesty and courage in calling attention to the issue.

Given the overwhelmingly positive response to the cover and to Smalls' frank assessment of the fashion industry's shortcomings, let's hope 2014's magazine covers feature more women of color and a more diverse, modern image of beauty and talent.