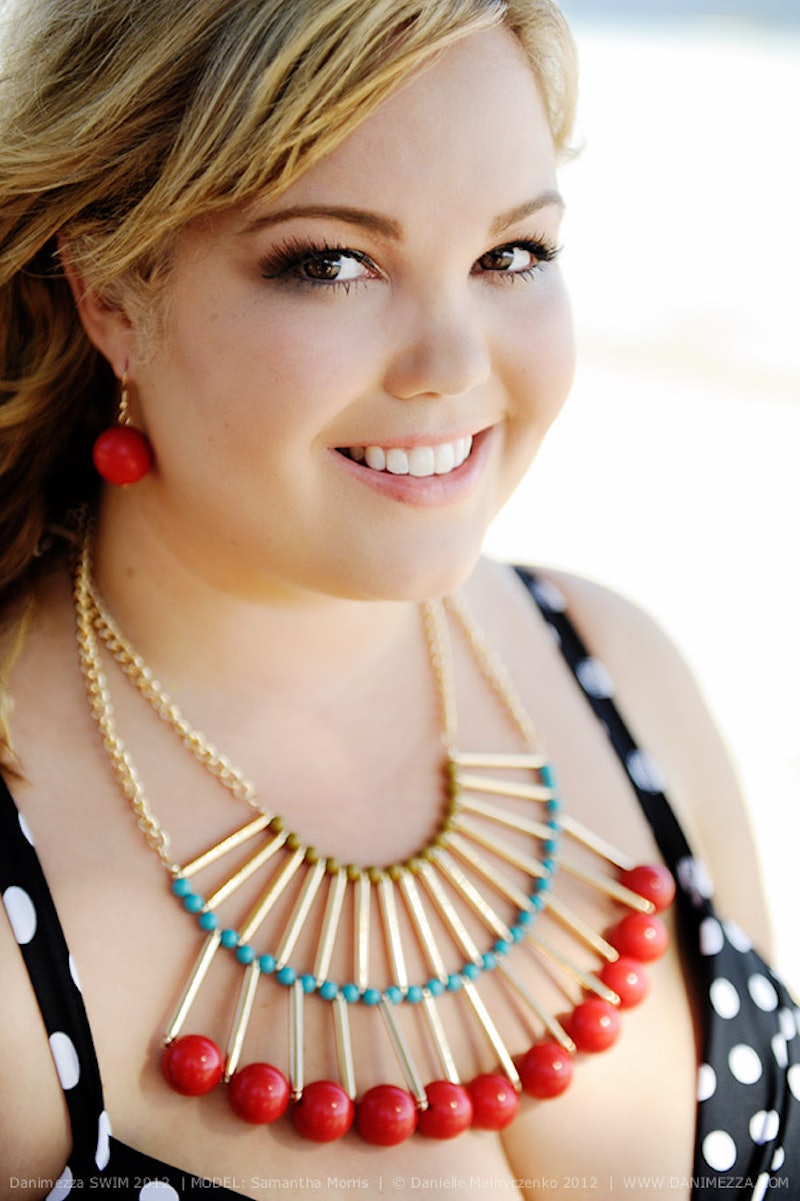 On a weekend in Aug. 2015, Miss Plus America held its 13th annual plus size pageant. It's a pageant for women who are at least a size 14W and bills itself as being "inclusive." In a move that mirrors the straight size pageant world, some critics have asked the question, "Are plus size beauty pageants actually empowering?" The overwhelming ruling from op-eds around the world seems to be a resounding "no," but I'm really not buying it.

Kasey Edwards of Australian outlet Daily Life believes that choosing to enter such a contest takes courage thanks to all of the negative comments and Internet trolls who often descend on pageant contestants, but calls the pageant's celebration of plus size beauty "hollow." "It simply reinforces the idea that women's sole currency is beauty," she wrote.

Similarly, writer Suzannah Weiss argued in an article for The Washington Post that plus size pageants, plus size models, plus size lingerie campaigns, and the like are nothing more than equal opportunity objectification. "It just conveys that a diverse array of women can be sexually appealing — and I’m tired of talking about women’s sex appeal. If this is what celebrating women’s bodies means, I could stand to see my body go unsung," she wrote.

As a plus size woman, I disagree with both of these statements.

While certain campaigns (like Ashley Graham's bikini ad in Sports Illustrated ) seem specifically aimed at men and pander to the male gaze, I personally don't see pageants and plus size fashion as explicitly about sex appeal or solely about adhering to a single standard of beauty. While there's definitely a double standard in this world of plus size women being objectified sexually while still being seen by many as romantically undesirable, campaigns that are focused on women's beauty or sensuality have always been, in my eyes, about self image.

People of all sizes are made to feel awful about their bodies and appearances, no doubt. However, the game is a bit different for plus size babes than it is for woman who can walk into more stores and find clothing in their size. Plus size women are bombarded with images of ladies who don't even slightly resemble them in the media and face oppression, stigma, and marginalization because of their weight. While I understand that pageants can be problematic, I think pitting women against each other in pretty much any circumstance — especially when it comes to looks — is worse. So do I understand why women who have been left out of the dominant culture's beauty ideals might want to enter and compete in a beauty pageant? I sure do.

The idea that aesthetics are the only thing of value that a woman has to offer is, obviously, total garbage. I agree with Weiss' statement, "Instead of reassuring women that they can be beautiful at any size, let’s reassure them that they don’t have to be." Yes, yes, 100 times yes! At the same time, however, we can't pretend everyone is on a level playing field when it comes to opting out of the beauty myth. Telling women who have plenty of evidence to the contrary that "appearance doesn't matter" and that they shouldn't participate in their own equivalents of events and campaigns that celebrate beauty is, quite frankly, boring to me and lacks nuance. When you embody a version of the idealized image, you get to choose not to participate, but when you aren't even close to what dominant society lusts after and approves? You probably weren't even invited to play in the first place.

This is why seeing yourself reflected back in these competitions and campaigns still causes a shiver of excitement for some — even if the image is incomplete and still lacks representation of women of color, larger plus size women, trans women, disabled women, and older women. We've never even been given the luxury of option before. But plus size fashion's rapid explosion (and the surge of plus size beauty pageants) is proof of two things: That self expression is important and that the privilege of choice is incredibly valuable to plus size consumers.

Author Casey Plett wrote something in a review of I Am Cait for The New York Times that resounded with me so hard: "[... ] Visibility is kind of like the sugar of trans politics. It’s needed — but it’s easy to have too much, and sometimes it’s just empty calories." While some might argue that plus size pageants are the "empty calories," I would say that they're simply one more choice for plus size women in a world that's never given them that many options before.

Want more body positivity? Check out the video below, and be sure to subscribe to Bustle’s YouTube page for more inspo.

More like this
Instagram & Facebook May Finally Lift Their Notorious Nudity Ban
By Allie Fasanella
24 History-Making Black Women You Probably Didn't Learn About In School
By Ayana Lage and JR Thorpe
25 Inspiring Quotes From Black Women To Celebrate Black History Month
By Kyli Rodriguez-Cayro and JR Thorpe
Twitter Is Identifying With Sally Field & Jane Fonda’s Friendship In New Viral Video
By Jake Viswanath
Get Even More From Bustle — Sign Up For The Newsletter
From hair trends to relationship advice, our daily newsletter has everything you need to sound like a person who’s on TikTok, even if you aren’t.