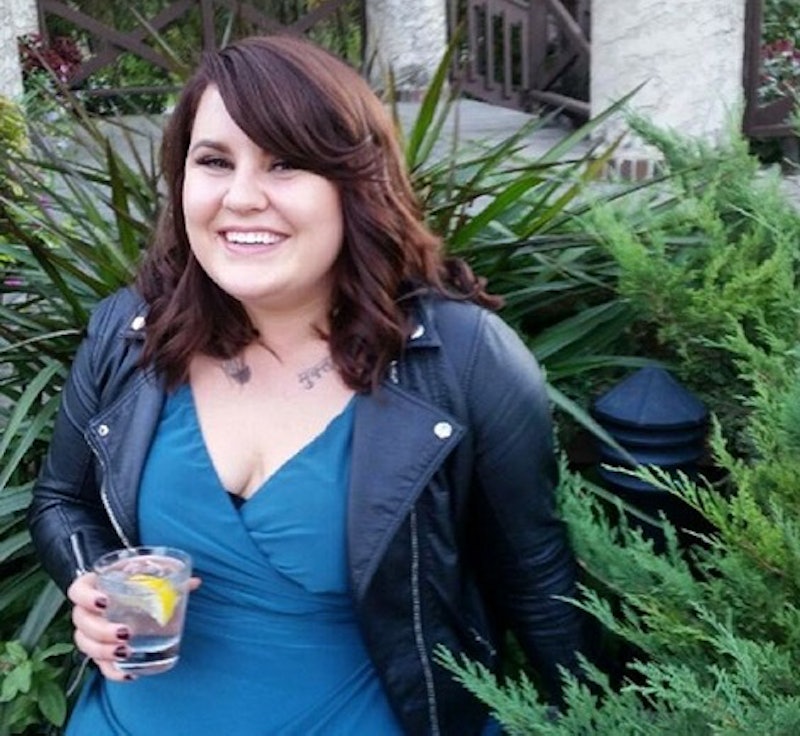 Sometimes it seems like everyone has something to say about the bodies of other people or the way others present themselves in public. Some folks like to chalk it up to "The Internet Age," but inappropriately commenting other people's bodies is nothing new. Thanks to the World Wide Web, it's just much easier to do so without facing much repercussions.

When I asked those in my friend and family networks about this, almost everyone seemed to have a fresh memory of a time something was said about their own bodies, and how it made them feel. Whether it happened two or 20 years ago, the impact still stung at times. It's a phenomenon that spans gender, body size, race, and sexuality (although people who are marginalized are likely to experience it far more).

So many people feel like it's OK to have an opinion on the body of another person, and often feel like they're entitled to share that opinion with anyone (let alone the person who has to keep living life in that body). Giving humans unwanted, unsolicited comments on their bods, however, is cruel, selfish, and can have lasting and detrimental effects.

The worst thing about saying sh*t about other people's bodies it is that it's so easy to prevent. Just keep your mouth shut, unless it's something that's unequivocally complimentary. Just for the record, though, here are 13 things to never say about someone else's appearance.

This has many iterations and they're all awful: "You're pretty for a black girl," "You'd be prettier without that piercing in the middle of your face," "You have such a pretty face, you just have to..." or, "You'd look so much better if you just gained/lost a few pounds." Guys, can you just tell someone they're pretty or look beautiful and leave it at that?

Even if you're genuinely concerned about someone's health or how much they're sleeping, you can phrase said concern in a way that doesn't bring up their appearance. Otherwise, you're basically saying they look like crap. If you're the person who is sick or tired, though, the last thing you probably want to worry about is your appearance.

3. "Hey, have you tried yoga/herbs/meditation?"

I'm pretty sure we're all a little guilty of this, because we usually want the best for our loved ones. Whether they're talking about having a cold, dealing with depression, or undergoing treatment for cancer, chances are that they've consulted with one (or likely several) doctors and have a specific care plan in place for a reason.

Sometimes they're actually purposely avoiding things or have tried them to no avail. Unless someone's specifically asking you for ideas, trust that they know how to treat their own body. Struggling with a diagnosis or illness is hard enough without everyone offering their advice to you.

4. "You look like you should eat something/are you sure you want to eat that?"

How can you "look" hungry? Being slim or skinny doesn't automatically mean a person is starving themselves. Also, if you are going to shame anyone of any size based on what they're eating — because it has what you consider to be too many carbs or calories or sugar or whatever — you should also ferme la bouche unless you're that person's nutritionist or dietitian.

If you're a white person who thinks it's cute to compare your tan with the shade of a person's natural skin tone, perhaps consider not doing so. There's no need to announce someone's skin color to them ever, as I'm pretty sure they're already more than aware of what color their skin is.

This is something that has been said to me by online trolls and doctors. When someone is telling you about their life and experiences, you should try to believe them. There's not just one type of body that can do specific physical activities. Tiny girls can lift and big girls can pole dance, OK? When someone doesn't meet your preconceived notion of what an athlete looks like, that's on you.

Please never ask this question without first giving it some thought. If someone wants you to know that they're pregnant, you'll know.

8. "You look like a boy with short hair/you'd make an ugly girl."

Policing someone's gender is never, ever OK. Whether it's their gender presentation, the way they do their makeup, their haircut, their outfit, or just whether you think they look feminine/masculine/androgynous/non-binary, it's none of your business.

9. "Don't you just feel gross or unclean from not shaving?"

Despite what we've traditionally been told and sold in the past, removing body hair from any parts of our bodies is really not a requirement. While some people feel better with their hair removed, there are plenty of others who much prefer being unshaven. Your preference is not universal and if someone feels gross about some aspect of their appearance, I bet they'll probably try to do something to feel better about it themselves.

10. "You have such amazing African lips/you're killing me with those Latin thighs/you look so exotic/what are you/well, you don't look Korean/oh my god, I love your hair: Are you Jewish?"

Stereotyping or fetishizing someone's body parts based on their race or ethnicity is pretty gross. It's even worse if you're treating someone's identity like a game of Guess Who? and thinking that every ethnic group is homogenous enough that you can guess someone's heritage based on how they look.

People often have their minds blown when someone defies whatever stereotype they believe to be true about an entire group of people. Unlearning is always great, but it's best to keep your thoughts inside and process them on your own time.

Maybe this is meant to be a compliment, but telling people they don't look sick when they're dealing with a physical or mental illness often feels invalidating. We know you can't tell there's something wrong with us, so please realize that's what makes it harder for people to take us, our symptoms, and our conditions seriously.

Yes, we all know that every feminine person is supposed to want "curves in all the right places." Boobs aren't all that, though, and suggesting that someone is less of a woman or less attractive without anything over a D cup is gross. Also, if you think someone needs to change their body so that you find it more attractive, then you probably don't deserve to see them naked.

This is only a fraction of things people have been told by strangers and friends alike about their bodies. When it comes to making our way through the world, there's more than enough messaging out there that says our bodies aren't good enough or don't meet up to the million contradicting cultural standards out there. Existence might be a little nicer if we were allowed a reprieve when hanging out with folks we know and love — or even the people we encounter when we're trying to walk down the street or buy a bra. When in doubt, a simple "you look nice!" will do.

More like this
Instagram & Facebook May Finally Lift Their Notorious Nudity Ban
By Allie Fasanella
Phoebe Dynevor Serves ‘Bridgerton’ Underboob In Stunning Floral Gown
By El Hunt
5 Signs You Have A Toxic Relationship With Yourself
By Lexi Inks
15 Black-Owned Liquor & Wine Brands To Add To Your Bar Cart
By Alexis Morillo
Get Even More From Bustle — Sign Up For The Newsletter
From hair trends to relationship advice, our daily newsletter has everything you need to sound like a person who’s on TikTok, even if you aren’t.