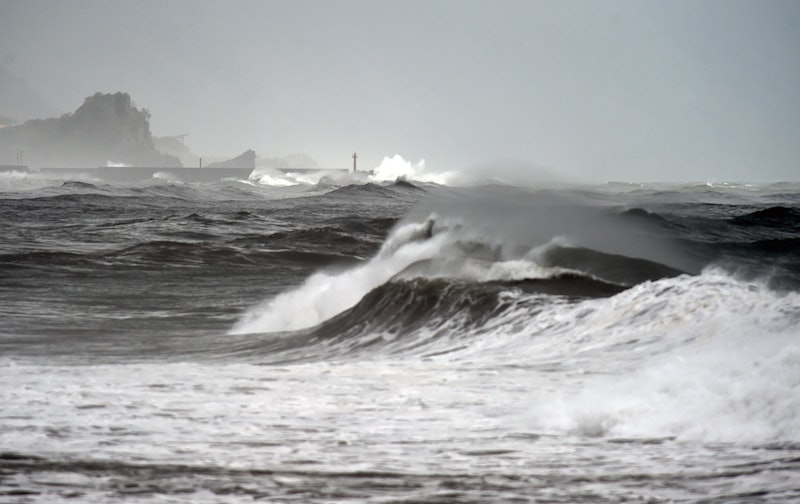 Well, this is terrifying news for Californians. An advisory issued Wednesday night by the National Tsunami Warning Center (NTWC) — a division of the National Oceanic and Atmosphere Association (NOAA) — warns that Southern California may be hit by a tsunami. The tsunami, which is expected to be relatively minor, was the result of a massive 8.3-magnitude earthquake that struck off the coast of Chile earlier on Wednesday. A tsunami warning was in effect for Chile and Peru. No immediate reports of damage or injuries were reported.

According to NTWC, the "coastal areas of California from San Onofre State Beach ... to Ragged Point, California" are the areas that might be affected. Should the tsunami hit, strong currents and waves may occur, posing danger to anyone in or very near the Pacific Ocean. It could also affect structures near the water, which is pretty terrifying to be honest.

If you are unlucky enough to find yourself in the affected area, NTWC strongly recommends moving inland and not returning to the coast until authorities give the green light. Tsunami warnings were also previously issued for Hawaii, American Samoa, Guam, and the Northern Mariana Islands. However, according to the most recent advisory, there is no tsunami threat for other U.S. and Canadian Pacific coasts.