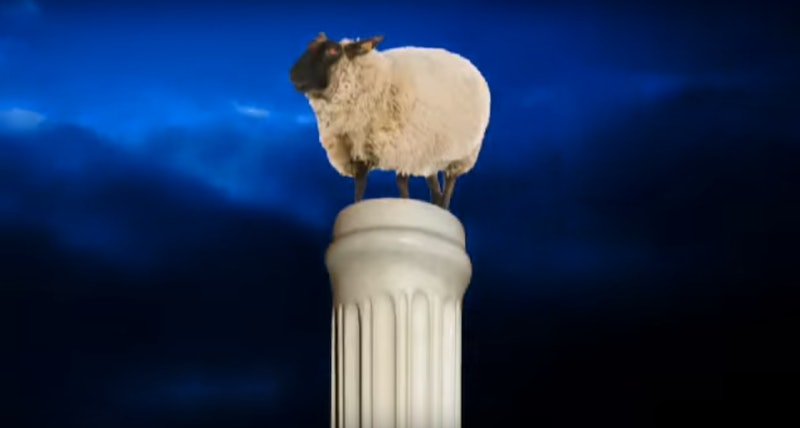 Carly Fiorina could easily be named the breakout success of the second Republican debate on Wednesday night. The businesswoman showed clear command of the debate stage and practiced fluency on policy issues. She skilfully listened for critical gaps in the other candidates' arguments and inserted herself whenever she could. And, in one of the most-anticipated exchanges of the night, Fiorina showed class when she finally had the opportunity to confront Donald Trump over his negative comments in Rolling Stone about her appearance. But, Fiorina wasn't always the politically savvy dynamo she showed the world on Wednesday night. And this odd "Demon Sheep" ad from Fiorina's Senate race shows exactly how much the former Hewlett-Packard CEO's campaigning skills have improved.

In 2010, the Republican launched a campaign to unseat California Senator Barbara Boxer, who by then was a third-term incumbent. Fiorina faced her first hurdle in the GOP primary, where she ran against fiscal conservative Tom Campbell. To drive home the point that Campbell was a fiscal conservative in name only, the Fiorina creative team produced a stream-of-consciousness takedown with a pastoral motif. The ad was produced with almost no budget, a former member of Fiorina's campaign team told MSNBC earlier this year, and used a variety of pieced-together clips from the team's archives.

If you haven't seen the "demon sheep" video, allow me to fill you in. The three-minute video opens up with a shot of beautifully green, rolling hills and sheep grazing in the distance. A woman's voice speaks soothing words as the flash across the scene: "Purity. Piety. … Wholesome. Honorable. True Believers." She's talking about the promises voters had heard from California's fiscally conservative leadership. Then dark clouds begin to form, lightning strikes, and the scene takes a turn for the disastrous.

The result is arguably one of the best, most bizarre campaign ads in human history. Don't believe me? Take a look for yourself.

The campaign ad was an instant success on social media, even though it puzzled political strategists at the time. And Fiorina did defeat Campbell in the primaries. Still, when it came time to face Sen. Boxer in the general election, Fiorina's political inexperience, business record, and abortion stance proved too much for California voters to overcome. Boxer zeroed in on Fiorina's record of employee layoffs and outsourcing, and defeated the Republican with more than 52 percent of the vote.

Speaking to the Los Angeles Times ahead of her 2016 election announcement, Fiorina hinted that she would apply what she'd learned in the 2010 race to her presidential run. And she certainly has. On Wednesday night, Fiorina showed Republican voters the focused, savvy candidate that nearly defeated Barbara Boxer. Though, sadly, she may choose to use fewer sheep in her next campaign videos.

More like this
Watch Jacinda Arden’s Devastatingly Honest Resignation Speech
By Sam Ramsden
What The UK Blocking Scotland’s Gender Recognition Bill Means
By Sam Ramsden
24 History-Making Black Women You Probably Didn't Learn About In School
By Ayana Lage and JR Thorpe
25 Inspiring Quotes From Black Women To Celebrate Black History Month
By Kyli Rodriguez-Cayro and JR Thorpe
Get Even More From Bustle — Sign Up For The Newsletter
From hair trends to relationship advice, our daily newsletter has everything you need to sound like a person who’s on TikTok, even if you aren’t.