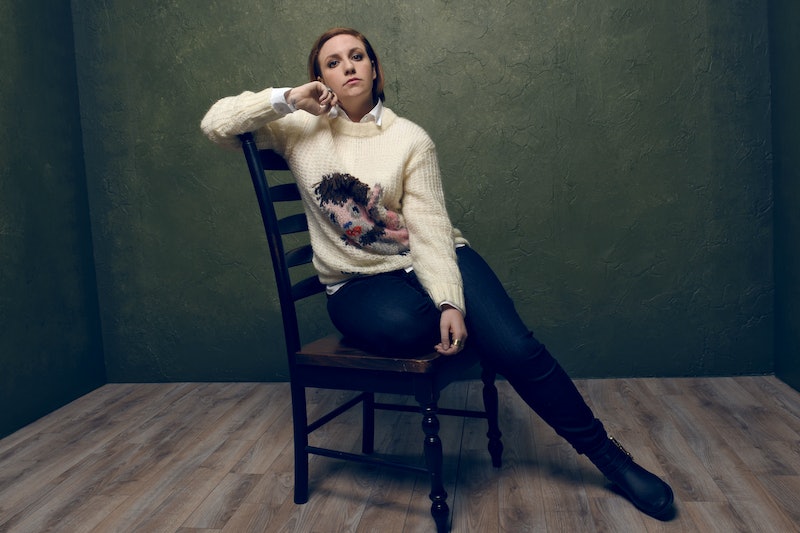 Democratic presidential candidate Hillary Clinton will soon appear in an interview with outspoken writer and actress Lena Dunham. And while Dunham's reputation for being open — even a little inappropriate — doesn't seem an immediate match to Clinton's deliberate, polished demeanor, the pair managed to have an easy, relaxed conversation, according to political reporter Annie Karni. Still, you have to wonder how such an unlikely combo came together. Are Clinton and Dunham friends? Or is Clinton a fan of Dunham's hit show, Girls? While it's not evident that Clinton and Dunham are good pals in real life, they've had quite a few funny, friendly moments online.

Clinton and Dunham are expected to cover a range of personal and political topics during the interview. According to Karni, we can expect to see more of Clinton's personal side as the Democratic front-runner reminisces about her college days and her feelings of uncertainty in her 20s. While that might seem to hint that Clinton has watched a few episodes of Dunham's acclaimed HBO series, Clinton aide Kristina Schake told Politico that Clinton hasn't watched the show:

Hillary was drawn to Lena's unique voice, dynamic talent and strong commitment to women's rights. Hillary and Lena had a strong connection, which comes through in this intimate, engaging interview.

The interview is part of a deliberate effort by the Clinton campaign to reach out to millennial women voters, and it covers issues relevant to young female voters, including student debt and women's health. Dunham is clearly a member of Team Clinton. She was a part of Clinton's "Women For Hillary" video, which went online Thursday. She was among the first to celebrate Clinton's campaign announcement. When the former secretary of state finally confirmed her bid for the White House on April 12, Dunham shared her excitement with her two million Instagram followers.

When an excited Dunham visited Clinton's campaign headquarters in Brooklyn, she shared a photo of a bumper sticker she snagged as a souvenir. Clinton enthusiastically retweeted it.

And when the writer and activist was accused of only supporting Clinton because she's a woman, Dunham fired off the perfect comeback,

... [A]ccusing women of supporting Hillary just because she's female is misogynistic BS- women are smart enough to make decisions based on a number of factors: policy, track record, campaign strategy.

It turns out that Dunham's team requested the sit-down to help launch her new digital newsletter, Lenny Letter. The exclusive Clinton interview is the first offering from Dunham's newest project, an email newsletter covering feminism, style, health, and politics. In a style that's typical Dunham, the website promises that "there's no such thing as too much information." The Clinton interview will be available on Lenny Letter on Tuesday, Sept. 29.

More like this
Watch Jacinda Arden’s Devastatingly Honest Resignation Speech
By Sam Ramsden
Twitter Is Identifying With Sally Field & Jane Fonda’s Friendship In New Viral Video
By Jake Viswanath
Man Meets Politics: ‘Boy Meets World’ Star Ben Savage Is Running For Congress
By Jake Viswanath
What The UK Blocking Scotland’s Gender Recognition Bill Means
By Sam Ramsden
Get Even More From Bustle — Sign Up For The Newsletter
From hair trends to relationship advice, our daily newsletter has everything you need to sound like a person who’s on TikTok, even if you aren’t.