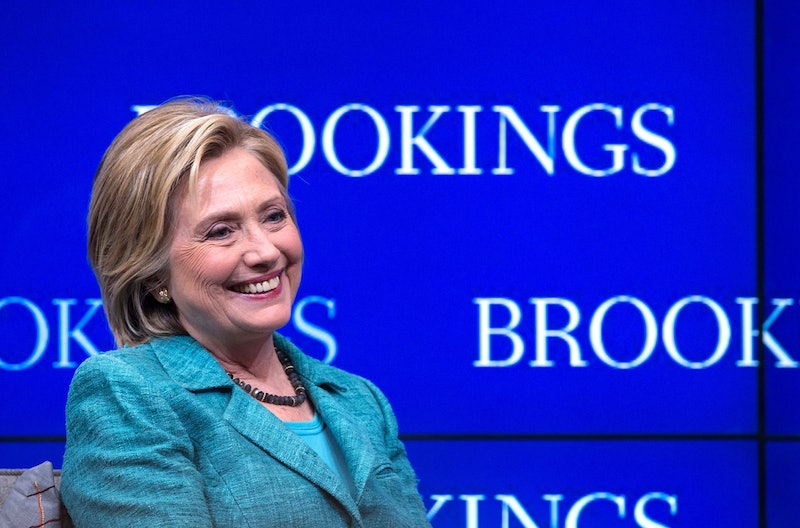 Amid growing concerns regarding national security, the most recent batch of released State Department emails shows that Hillary Clinton's email was targeted by hackers that might have links to Russia, according to the Associated Press. To anyone casually perusing the former Secretary of State's emails, it may have looked like she received five separate notifications about a traffic ticket. But in actuality, they were emails designed to infect the target's computer and send information back to three overseas servers.

The emails, which were sent on the morning on Aug. 3, 2011, proclaimed they were from the New York State Department of Motor Vehicles, and notified Clinton that a vehicle registered to her had violated traffic laws. The emails contained an attached "ticket" and urged Clinton to download and print the ticket in order to send it in to an address provided. However, if downloaded, the attachment would infect the computer.

The good news is that Clinton didn't open the attachments — or so she claims. "We have no evidence to suggest she replied to this email or that she opened the attachment," Nick Merrill, a spokesman with Clinton's presidential campaign told the Associated Press. "As we have said before, there is no evidence that the system was ever breached. All these emails show is that, like millions of other Americans, she received spam."

But the subjects of hackers and cybersecurity were clearly well discussed at the State Department during Clinton's tenure, as the emails showcase. Even Clinton herself made a hacker joke while talking with a staffer about confusion over the staffer's use of a private email address. "So how did that happen? Must be the Chinese!" Clinton joked in an email from earlier that summer.

The newest batch also included a discussion between Clinton, Anne-Marie Slaughter, the director of policy planning, and Chief of Staff Cheryl Mills over the use of private emails. It started with Slaughter, who lamented the state of State Department technology, which she considered to be antiquated. According to Slaughter, the outdated technology forced staffers to use their own laptops and addresses in order to improve efficiency.

During the exchange, which took place during the summer of 2011, Slaughter suggested sourcing an op-ed or raising awareness of the poor technology in order to increase funds, an idea that Clinton agreed with. But Mills disagreed, urging that they not broadcast how many State Department staffers utilized personal technology. "As someone who attempted to be hacked (yes, I was one), I am not sure we want to telegraph how much folks do or don't do off state mail b/c it may encourage others who are out there," Mills said.

Despite Clinton's insistence that her email use was authorized and safe, the hacking attempt, as well as the discussions among staffers regarding the safety of private emails, paints a different picture. Although spam is a fact of life (even for the secretary of state), the five emails sent to Clinton were slightly more elegant than the standard email scam, causing for several raised eyebrows. As more and more emails are retroactively classified, even if Clinton is found free of conscious wrong-doing, the fear of leaked information is a little difficult to ignore.