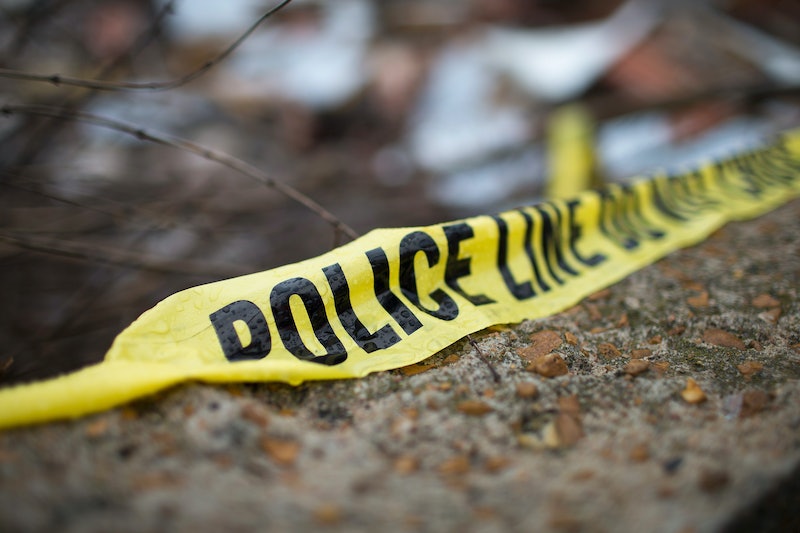 Thursday, at 10:30 a.m. PST, there was a mass shooting at Umpqua Community College in Roseburg, Oregon. Initial reports regarding the number of victims who were either killed or injured are currently varied, with the lowest number of deaths reported at 10. A spokesperson with the Oregon State Police later confirmed that the number of victims killed is between seven and 10, according to KATU News in Oregon. Not long after news of the shooting broke, NBC News reported that the shooter had been detained by Oregon police. Some students were tweeting live from Umpqua's campus, explaining what they were observing as the shooter was firing, and also describing the initial aftermath once the shooter was taken in. (Update: The shooter was identified by the New York Times as Chris Harper Mercer Thursday night.)

Students and others on Umqua's campus noted the frenzied state, and tweeted when the campus was placed on lockdown following word that there was an active shooter present. At least one student was tweeting about anxiously waiting to learn the names of the victims. The earlier tweets that were sent as the shooting was occurring certainly show the terror that was present on the campus, as students and faculty were undoubtedly confused and frenzied. Students who were off campus at the time of the shooting are also in a state of shock.

The campus was placed on lockdown and evacuated. Before being able to leave campus, students were searched thoroughly by police, according to Vice News.

The Huffington Post reported that Douglas County Sheriff's Office spokeswoman Andrea Zielinski that the campus was no longer under threat, but she did not confirm whether or not the shooter was in custody or had been killed. There is speculation over whether the suspect is now being held in custody or if he was killed by police. At least one local news outlet, including The Oregonian, reported that the shooter was "down," leaving open what exactly had happened.

The town of Roseburg is over 100 miles south of Portland, and has a population of 21,968, according to City Data. Umpqua Community College is a small school, with approximately 3,300 full-time students. Vice has also reported that there is only one hospital in Roseburg, Mercy Medical Center. Vice further reported that patients may also be sent to hospitals in nearby Eugene and Springfield, OR.