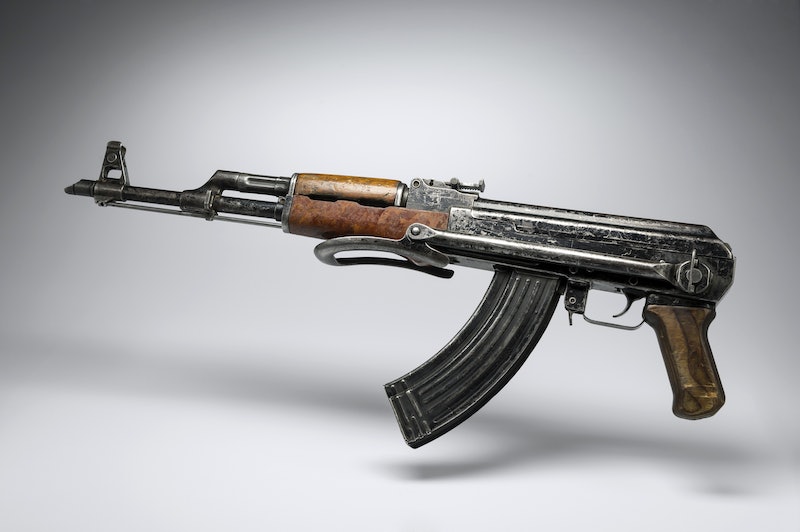 ABC reports that the weapons Mercer had were a 9mm Glock handgun, a .40 S&W Smith & Wesson handgun, three other handguns, and a Del-Ton 5.56×45mm rifle. Six guns were found at the scene of the crime; seven more were found in his home.

Earlier: On Thursday, 13 people were reportedly killed in a shooting at Umpqua Community College in Roseburg, Ore., and 20 more may have been wounded. So what are Oregon's gun laws and policies? Newsweek's Polly Mosendz noted on Twitter that Oregon requires no permit to purchase firearms, no registration of firearms, and no licensing for either long guns or handguns.

But as The Huffington Post noted in its report on Thursday's events, this marks the 45th school shooting in the United States so far this year, and the country hasn't taken on stricter gun policies yet. And in his press statement, Earnest did admit that President Obama is "realistic" that the idea of Congress taking action on gun violence isn't the most likely prospect: "The president has been quite candid about how this is and has been a source of frustration for him."

But how do Oregon's gun laws compare with those of other states? How did this tragedy happen? As Mosendz pointed out, the NRA Institute for Legislative Action reports that Oregon gun users do not need a permit to purchase rifles, shotguns, or handguns. They do not need to register any of those guns, and owners do not have to have a license. There is no permit required to carry a rifle or shotgun, but gun owners do need to have a permit to carry a handgun. It's unlawful to carry a concealed weapon unless you have a license to do so, but it's totally legal to carry a gun in a restaurant. And you can have a machine gun as long as it's registered according to federal law.

While Oregon's gun laws are similar to many other states', Oregon has actually taken recent steps to tighten its regulations. In May, Gov. Kate Brown (D) signed a bill, called the Oregon Firearms Safety Act, to expand background checks for the state's gun sales to include private gun sales in addition to public ones. At the time, Dan Gross, president of the Brady Campaign to Prevent Gun Violence, said in a statement that "lives will be saved as a result" of the new law.

Unfortunately, the bill wasn't enough to save the lives taken at Umpqua Community College — which is already a gun-free zone. The Washington Post noted in May that Oregon's law is "relatively rare," as it is only the sixth state in the past two years to pass legislation expanding background checks to include all gun purchases. Still, Thursday's events prove that the nation's current gun control laws aren't enough to stop school shootings from happening. We need to do more.