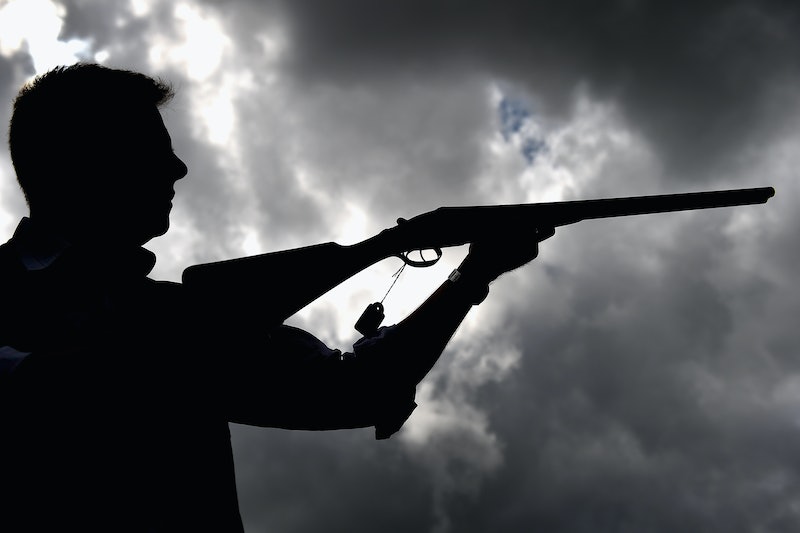 Just before a mass shooting at Oregon's Umpqua Community College, the National Rifle Association (NRA) tweeted about how shooters can improve their aim, highlighting the main problem with the pro-gun organization's agenda. Thursday morning, the NRA tweeted, "@KristyTitus explains how to have a clear sight picture for precise & accurate shots," with a picture of hunting advocate Kristy Titus holding a rifle. Obviously, the NRA couldn't have predicted that a school shooter would kill 9 people and injure more than 20 the same morning, but this tweet exemplifies how the NRA ignores gun violence in the U.S.

The NRA is the nation's strongest defender of the Second Amendment, and its website says: "Together with our more than five million members, we're proud defenders of history's patriots and diligent protectors of the Second Amendment." The group's main argument in favor of minimal gun laws — aside from owning a gun being a constitutional right — is that guns allow Americans to defend themselves against criminals and other threats. But Thursday's shooting is just another example of how that's simply not the reality. The tragedy at Umpqua Community College was the 45th school shooting across the country this year, though it was the most deadly so far, reportedly killing 10.

After news of the Umpqua shooting reached the White House, Press Secretary Josh Earnest said: "Sensible steps that can be taken to protect our communities from gun violence continues to be a top priority of this administration." Thursday's mass shooting was devastating to the small Oregon community, but sadly, these incidents are almost becoming commonplace in America. Yet the NRA continues to ignore the nation's continuous gun violence.

While the NRA focused on how shooters can improve their aim, 10 people were killed in Oregon because a school shooter knew how to aim. It's quite simple really — mass shootings always involve at least one gun. In its fight for Second Amendment rights, the NRA is blind to the fatal consequences of loose gun laws.