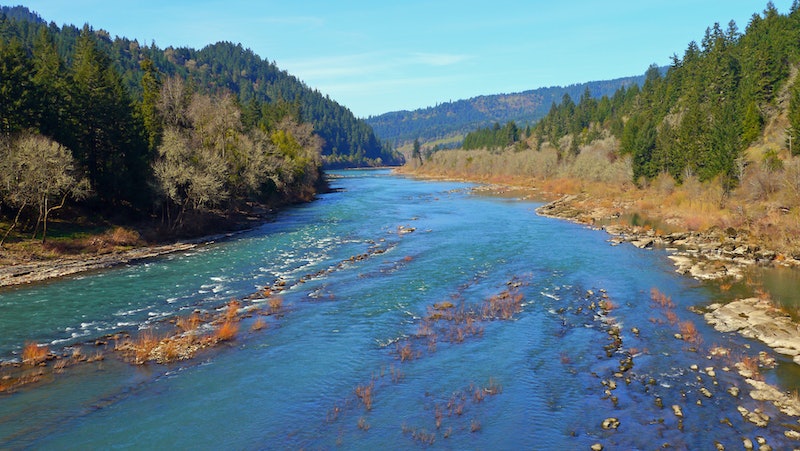 On Thursday, Oct. 1, a shooter entered Umpqua Community College in Roseburg, Ore., and reportedly shot and killed 13 people. Initial reports say that 20 more people were injured. The college, which has 3,300 full-time and 16,000 part-time students, is part of a close-knit community in a town of about 20,000. The shooter allegedly entered Snyder Hall, where English classes are reportedly held, and opened fire. While reports filter in on what really happened in this small town three hours south of Portland, many might be wondering what Umpqua actually means. It's a unique word with a lovely origin.

The Umpqua River runs through modern day Roseburg, which is in the western-central part of Oregon. The river is 111 miles long and is known for its fishing. The area south of Roseburg is known as the Umpqua Valley. The name "Umpqua" dates back to as recently as the early 1800s, when the Coquille tribe of Native Americans inhabited the area. One band of the Coquilles was called Umpqua.

The Oregon Encyclopedia says that the name "Umpqua" comes from the Native American term for "place along the river." Other theories report that "Umpqua" means "thundering water" or "dancing water" or "bring across the river." In 1825, a British explorer named the river "Umpqua" after the familiar term used in the region by the tribes. Two hundred years ago, the river was a great spot for fur trading. In modern times, it's a good spot for whitewater rafting.

Though the definition has nothing to do with violence or terror, Oct. 1 will forever make us associate the word "Umpqua" with this shooting. The place along the river suffered a terrible tragedy Thursday, but later, rather than sooner, the dancing water will hopefully help to heal.