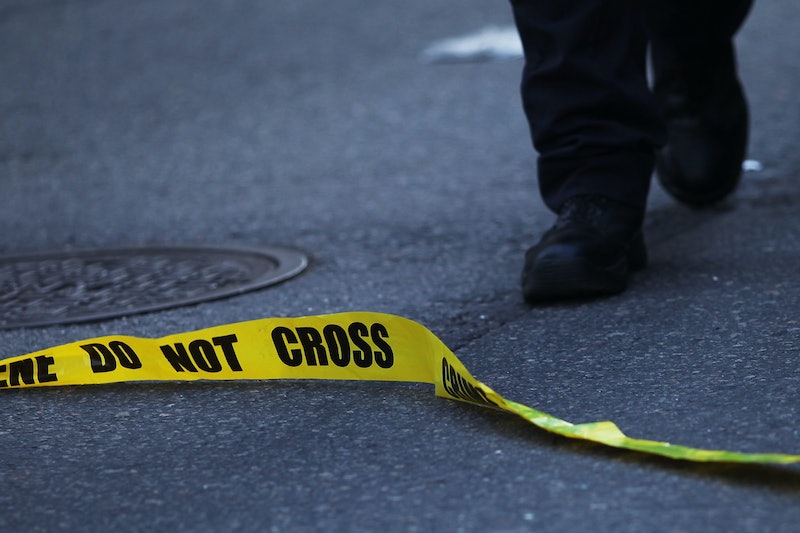 On Thursday afternoon, a gunman opened fire at Umpqua Community College in Roseburg, Ore., leaving 13 people dead, more than 20 injured, and many more in fear. News of the shooting first broke in the afternoon, when panic-stricken students shared the news on social media. Shortly after the news made its way around the web, NBC News reported that the shooter had been detained by Oregon State Police. Later, CBS confirmed that the shooter had been killed. The identity of the shooter, however, remains a mystery, but it is known that he was a 20-year-old white male. Update: Douglas County Sheriff John Hanlin confirmed the number of fatalities at 10, including the gunman, and injuries at seven. The shooter was identified by the New York Times as 26-year-old Chris Harper Mercer on Thursday night. The victims' names were released Friday night: Lucero Alcaraz, 19; Treven Taylor Anspach, 20; Rebecka Ann Carnes, 18; Quinn Glen Cooper, 18;Kim Saltmarsh Dietz, 59; Lucas Eibel, 18; Jason Dale Johnson, 33; Lawrence Levine, 67 (assistant professor); Sarena Dawn Moore, 44.

Sadly, this is not the first time such tragedy has struck the state. Oregon has experienced six mass shootings in the last 17 years, the most notable being the Clackamas Town Center shooting. Although none of these shootings have resulted in as many deaths and injuries as the one at UCC, they have still had a heavy impact on the state, even resulting in slightly stricter gun control laws. In May 2015, Oregon Gov. Kate Brown signed a bill into law requiring criminal background checks for all persons seeking to purchase a handgun — leaving many to wonder how the suspect in this shooting got a gun in the first place. Prior to the change in gun control laws, here are all of the mass shootings that have occurred in the Beaver State.

On May 21, 1998, Kip Kinkel opened fire at Thurston High School in Springfield, Ore. Armed with three guns, the high school freshman shot and killed students and injured 23 others. The night before, Kinkel killed his parents in their home. He was later indicted on 58 felony charges and sentenced to 111 years in prison.

Roseburg, Oregon had experienced another shooting before Thursday's incident. On Feb. 23, 2006, Vincent Wayne Leodoro shot and killed a classmate in the courtyard of Roseburg High School. The 14-year-old then walked to a nearby restaurant, where he shot himself in the head.

On Dec. 11, 2012, Jacob Tyler Roberts killed two people and himself at the Clackamas Town Center in Happy Valley, Ore. The 22-year-old used a stolen rifle on his victims, between whom there was no connection.

In June 2013, Jared Michael Padgett shot a fellow student and a teacher at Reynolds High School in Troutdale. The day after the shooting, police discovered a journal in which the freshman had reportedly written about a plan to kill his classmates.

Almost two years after the Clackamas Town Center shooting, three teens and a 20-year-old were shot outside of Rosemary Anderson High School in Portland. It was later discovered that the shooting was gang-related, though none of the victims were gang members.

On Oct. 1, 2015, a gunman opened fire at Umpqua Community College in Roseburg, Ore., killing between seven and 15 people. Police have yet to identify the shooter.