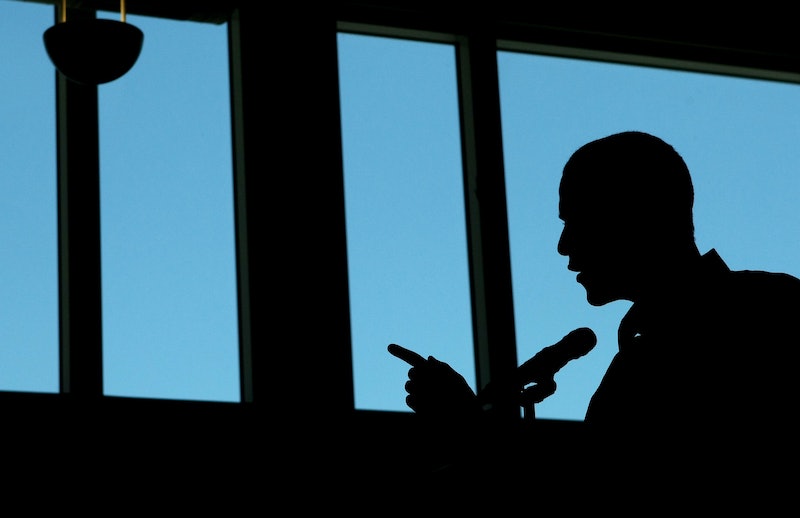 As more details emerge about Thursday's senseless massacre at Umpqua Community College, it's become tragically clear what kind of narrative comes with campus shootings. A shooter opens fire, a country mourns and is outraged, yet, once again, no gun control reform is in sight. So as yet another shooting grips the country's core, perhaps looking at past sites of these national tragedies will help us better understand what will be next for UCC. Update: The shooter was identified by The New York Times as Chris Harper Mercer on Thursday night. The victims' names were released Friday night: Lucero Alcaraz, 19; Treven Taylor Anspach, 20; Rebecka Ann Carnes, 18; Quinn Glen Cooper, 18;Kim Saltmarsh Dietz, 59; Lucas Eibel, 18; Jason Dale Johnson, 33;Lawrence Levine, 67 (assistant professor); Sarena Dawn Moore, 44.

From Columbine to Sandy Hook to Virginia Tech and now Umpqua, these types of shootings are particularly unnerving because schools are supposed to be safe spaces. But as each mass shooting — whether on a campus, in a theater, or at a church — once again reminds us that this country has a serious gun problem, it's poignant to look back at places forever connected in the same harrowing narrative of gun violence.

There had been mass school shootings before Columbine, but it was the one that really catapulted the issue into the national spotlight, as horrified Americans watched the attack and police response on live television. Twelve students and one teacher died, and 21 others were injured, in the elaborate premeditated attack carried out by two seniors, who committed suicide before being detained by authorities. It's been 16 years since that school became synonymous with campus shootings, and even today, living victims — now well into their 30s — share their struggles with the trauma. But the school has endeavored on, replacing the fated library where so many died, and some survivors of the "lost class" have gone on to help other victims of mass shootings.

Virginia Tech became the site of the single deadliest shooting carried out by a lone gunman in American history in 2007, when a shooter shot and killed 37 people and injured dozens more. All 26 surviving victims made the difficult decision to return to Virginia Tech's campus and graduate. There was hope that the shooting at Sandy Hook in 2012, which left 20 first-graders and six adult staffers dead, would be the one that would push lawmakers to pass real reform. It didn't. But parents and families of the victims formed Sandy Hook Promise as part of a grassroots effort to curb gun violence.

With every devastating incident, lessons are learned. Columbine changed how police initially respond to campus shootings — rather than establish a perimeter, authorities are trained to immediately confront the gunman. The massacre at Virginia Tech (which was successfully sued by victims' families) reshaped how schools address emergency situations and alert their students. Sandy Hook spurred mass calls for gun control reform and shed light on the country's poor handling of mental health issues.

But there shouldn't be any learning process when it comes to school shootings. Instead of being reactive, this country needs to take an aggressive approach in stopping campus shootings. Yes, legislation won't stop thugs and criminals determined to wreak havoc on communities — but it sure would help.

Just as so many other schools have gone down this path, Umpqua will rise above this tragedy. But the hope of so many is that this small rural college, now reeling in shock, will pioneer nationwide gun control reform rather than just be the latest face of mass school shootings.

More like this
Chris Kaba's Family Continue Fight For Justice After Viewing Police Bodycam Footage
By Sophie McEvoy
After The Bling Ring, Nick Prugo Was Embroiled In Another Scandal
By Arya Roshanian
Lori Vallow’s Son Was Arrested For Sexual Assault Days Before 'Sins Of Our Mother' Premiered
By Brad Witter
These 2 Women Could Be America’s First Lesbian Governors
By Tess Garcia
Get Even More From Bustle — Sign Up For The Newsletter