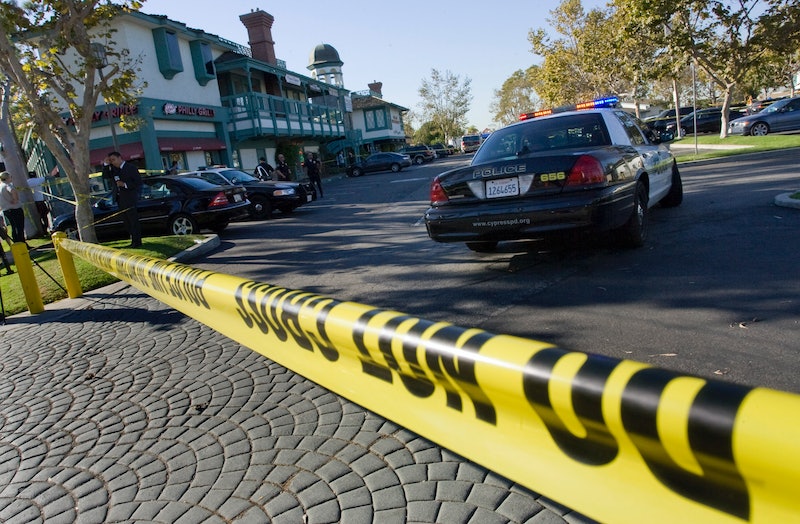 After killing a confirmed 10 people, including himself, and injuring at least seven, the Umpqua Community College shooter was identified as Chris Harper Mercer, CBS reports. Early reports had depicted the shooting suspect as a 20-year-old male who was a student at the college, though there were conflicting reports on whether or not he actually attended the school. Mercer is a 26-year-old, according to CBS and several other news outlets that stated they received information from "two law enforcement sources." The shooter died after exchanging gunfire with police, Douglas County Sheriff John Hanlin stated during a news conference.

According to The New York Times, which also reported the shooter's name as Mercer, a law enforcement official said, “He appears to be an angry young man who was very filled with hate."

Around 10:30 a.m. PST, police in Roseburg, Ore., where the college is located, received reports of an active shooter on campus. Reports of the death toll varied widely — anywhere from two to 20 — as officials desperately tried to confirm information. Hanlin said identities of the victims will not be released until all of the families have been notified, which could take 24 to 48 hours. The gunman reportedly had four guns with him on campus that were recovered on the scene: three pistols and one "long gun."

The shooter killed 10 people in multiple classrooms in UCC's Snyder Hall, a building for both English and science. The community college has more than 3,000 full-time students.