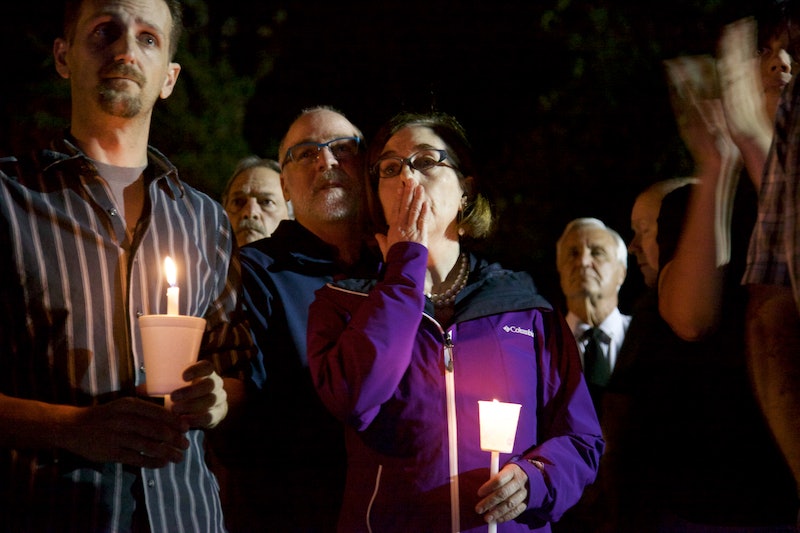 Thursday's shooting at Umpqua Community College in Roseburg, Ore., is tragic for the entire country, and especially for victims' loved ones and surrounding community. On Thursday night at about 8:00 p.m., hundreds gathered At Stewart Park in Roseburg to hold a vigil for the Umpqua shooting victims. The crowd, which included Oregon Governor Kate Brown, mourned the loss of those killed in the shooting and supported one another. Dozens convened 180 miles away at City Hall in Portland, as well. (Update: The victims' names were released Friday night: Lucero Alcaraz, 19; Treven Taylor Anspach, 20; Rebecka Ann Carnes, 18; Quinn Glen Cooper, 18;Kim Saltmarsh Dietz, 59; Lucas Eibel, 18; Jason Dale Johnson, 33;Lawrence Levine, 67 (assistant professor); Sarena Dawn Moore, 44.)

Although reports initially varied, Douglas County Sheriff John Hanlin has confirmed that 10 people were killed during yesterday's shooting at Umpqua Community College, including the shooter, while seven others were injured by the gunman. The suspect, Chris Harper Mercer, was also shot and killed during a confrontation with police. The incident, which is the 45th school shooting in the country this year, has reignited a now decades-old discussion about gun control.

KOIN 6 News reports that participants in the Roseburg vigil were holding candles, listening to songs like "Amazing Grace," and praying. "It hit so close to home to us, with it being such a small town," Umpqua Community College student Michael O'Sullivan told KOIN 6 News at the Roseburg vigil. "When we go back, it's not going to be the same at UCC."

A video from KATU News also shows locals expressing their support for their community at the Roseburg vigil. "We just really wanted to be here for the community and for the people," Andrea Fisher, a local mother who brought her family to the vigil, said in the video below. 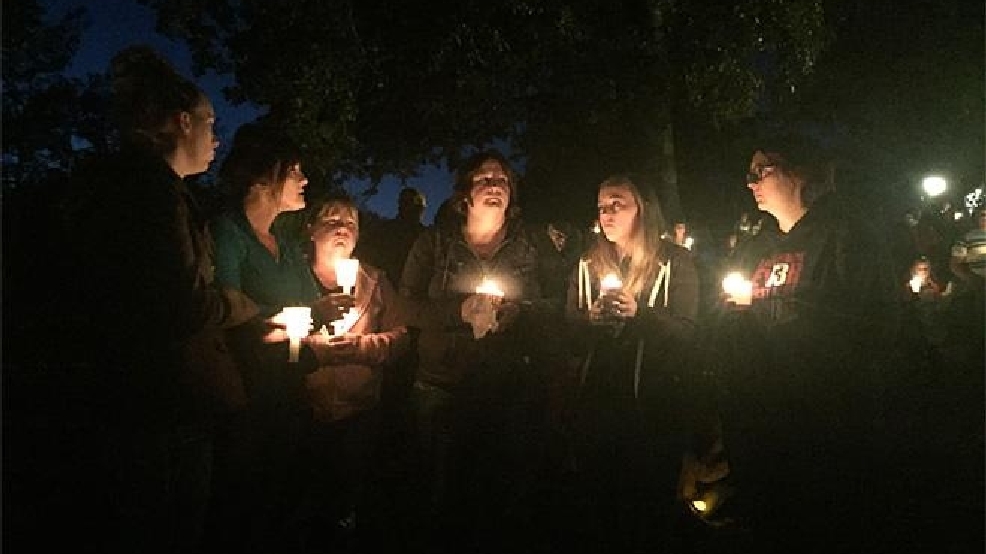 Here are some photos from the vigil that demonstrate the grief shared by the whole town as well as its residents' efforts to help one another through this difficult time.

“Our community came together time and time again,” O'Sullivan told KOIN 6 News. “The way the community works, someone is usually there to give the shirt off their back.”