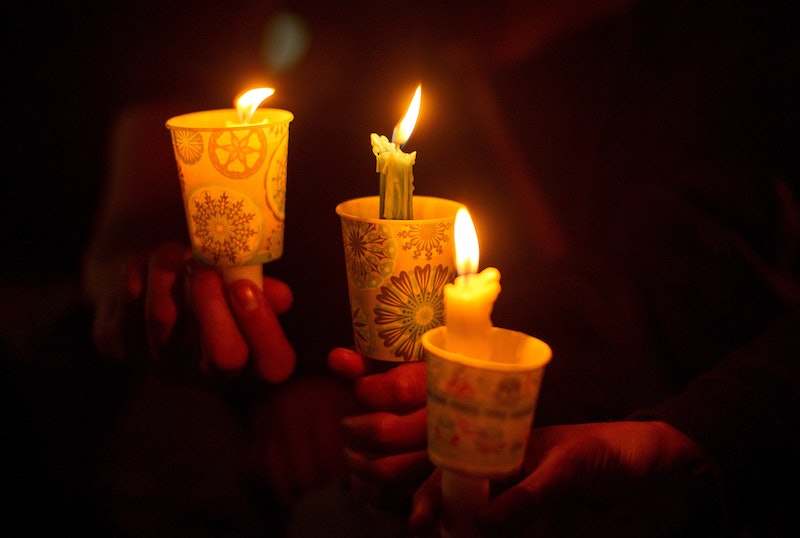 There are a number of different ways to make your concern and charity felt at a time like this, and they're all important. As sad as it is, the intractable nature of gun control politics in America means that everyday people are often called on to help ease the pain, stepping into the void left by inaction on the part of our elected officials. Luckily, there are a number of ways to help out right now, whether by donating your money, or even your blood — here are four ways to donate, because the victims could use your support right now.

1. Participate In A Blood Drive

Whenever a mass shooting like this happens that leaves multiple, severely wounded victims, blood donations are crucial. In this case, there are a couple options for anyone who's actually in or around Roseburg to help out — as detailed by Newsweek, the Mercy Medical Center (which has been treating some victims following the shooting) is holding a blood drive, with a van stationed outside the school's campus.

If you're living in-state but not nearby, there's also a drive being held by the Lane Blood Center in Eugene, Ore., according to The Register-Guard — Eugene is the state's second-largest city, sitting just 70 miles north of Roseburg. As KVAL reported, there's a particular demand if you possess O Negative or O Positive type blood.

2. Donate To The UCC Relief Fund

As Molly Young of The Oregonian details, there's been a relief fund established to help the victims of the shooting, a partnership between Portland-based Umpqua Banks and the Greater Douglas United Way. You can make a donation through any Umpqua branch, or the offices of the United Way. The bank has reportedly already made its own donation, offering up $25,000 in relief funding.

The folks over at Cascade Community Credit Union have also set up a donation program to benefit the UCC shooting victims — according to Portland NBC affiliate KGW, they've established a fund which will direct 100 percent of received donations towards aiding the victims.

4. Donate To The Rogue Credit Union, And Have Your Donation Matched

As detailed by KRDV , there's another credit union operating out of the southern Oregon city of Medford that's looking to help, and this is an opportunity to provide some extra value for your dollar — the Rogue Credit Union, beyond just collecting donations, is also matching them up to $2,500. In other words, if you donate $200, they'll double that to $400, and send it along to help aid the victims and the Roseburg community. It's a good opportunity if there ever was one — according to reporting in April, Rogue Credit was approaching $1 billion in assets, so needless to say, they're good for it.