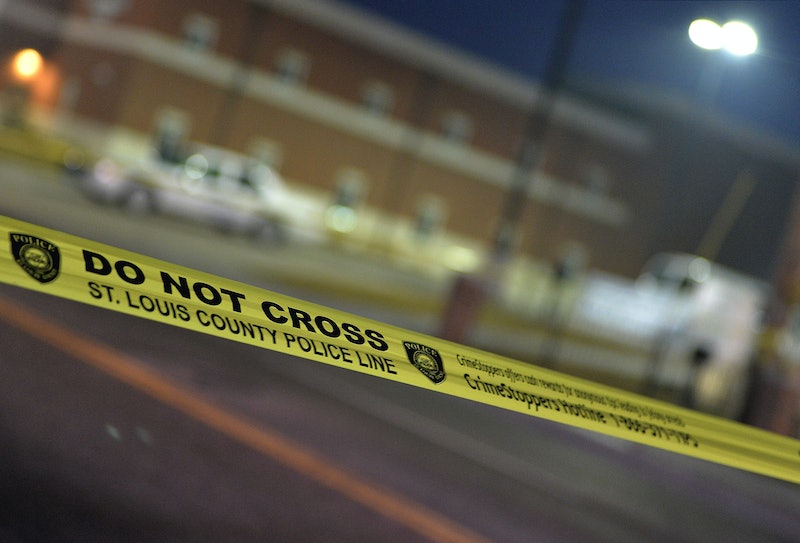 Following the tragic and horrifying shooting at Umpqua Community College on Thursday morning, there has been a lot of focus on the shooter. But while we absolutely should try to get to the bottom of what caused this tragedy — and the culture of violence that permitted it — there's another person we should all be paying attention to: Chris Mintz, the man who rushed the Umpqua gunman to protect others and was shot multiple times in the process. Thankfully, he is, reportedly, expected to eventually make a full recovery.

Chris Mintz, 30, is an Army veteran and student at Umpqua. He is originally from North Carolina, but has lived in Oregon for two years. He enlisted in the Army after high school and was stationed at Fort Lewis in Washington State. He served for 10 years, including a combat deployment. Recently on Facebook, he remembered the seventh anniversary of the death of an army captain who was killed in Afghanistan.

After serving, Mintz moved to Oregon, did some mixed martial arts, and now works at the YMCA. He reportedly enrolled at Umpqua because he was looking to become a fitness trainer.

Thursday, the day of the shooting, was also his son's sixth birthday. His aunt, Wanda Mintz, told CNN affiliate Fox 8, "Tries to block the door to keep the gunman from coming in. Gets shot three times. Hits the floor. Looks up at the gunman and says, 'It's my son's birthday today.'"

Based on what can be gleaned from various reports, Mintz is unquestionably a hero. According to statements from family members who spoke to Mintz before he went into surgery on Sunday, Mintz tried to stop the shooter from entering his classroom by blocking the door to protect fellow students after he heard gunshots nearby. Based on reports made to the 911 dispatcher, it seems that upon being unable to open the door, the shooter fired through it. Once the gunman entered the classroom, Mintz reportedly rushed straight at him, and was shot several times.

All just hours after wishing his son a happy birthday on Facebook.

Mintz spent most of Thursday in surgery. He was shot at least five times, with shots to the back, abdomen, and hands. Both his legs were also broken. Fortunately, family members report that he will eventually make a full recovery. His family has also set up a GoFundMe page to help him cover his medical costs, which can be found here.

Mintz's cousin, Derek Bourgeois, told the Daily Beast that he was unsurprised that Mintz would act heroically, but was also "amazed" that after surviving a combat deployment unharmed, Mintz would be gunned down at his school in a small town in the United States. It's a sobering thought.

As reports continue to come in, I think we can all agree that Mintz is a hero, one who deserves to be recognized for his bravery and his selflessness. Our thoughts are all certainly with him.

More like this
Chris Kaba's Family Continue Fight For Justice After Viewing Police Bodycam Footage
By Sophie McEvoy
These 2 Women Could Be America’s First Lesbian Governors
By Tess Garcia
Women Around The World Are Cutting Their Hair In Solidarity With Mahsa Amini
By Darshita Goyal
Where Is Lionel Dahmer Today? Jeffrey Dahmer’s Father Reflected On The Serial Killer’s Death In 2020
By Brad Witter
Get Even More From Bustle — Sign Up For The Newsletter