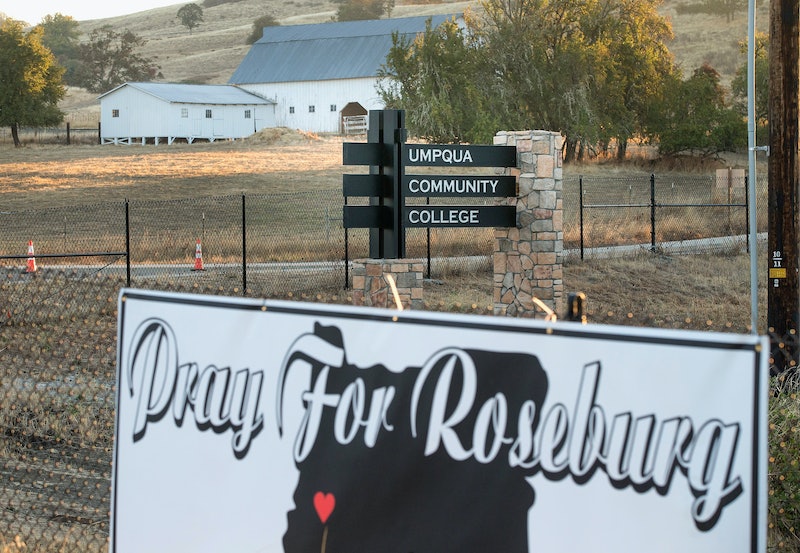 The weapons found at the school included five pistols and one rifle, Nunez said at the press conference. Meanwhile, of the seven weapons found at the alleged shooter's apartment, there were two pistols, four rifles, and one shotgun. In addition to the weapons recovered, investigators found a flak jacket next to one of the rifles they recovered from inside Umpqua Community College. The flak jacket was outfitted with steel plates and held five magazines of ammunition. ATF also recovered more ammunition from inside the alleged shooter's home.

In addition to the weapons, officials believe the 26-year-old suspected gunman left a note glorifying the killers responsible for mass shootings. The note also referred to the gunman's "lonely existence" and few friends outside the Internet realm, USA Today reports. Officials explained that the note detailed the shooter's belief that he had "an isolated life with little promise," according to the paper. In addition to the shooter, nine other people were killed in Thursday's shooting. The attack at Umpqua Community College marked the 45th school shooting in the United States this year.