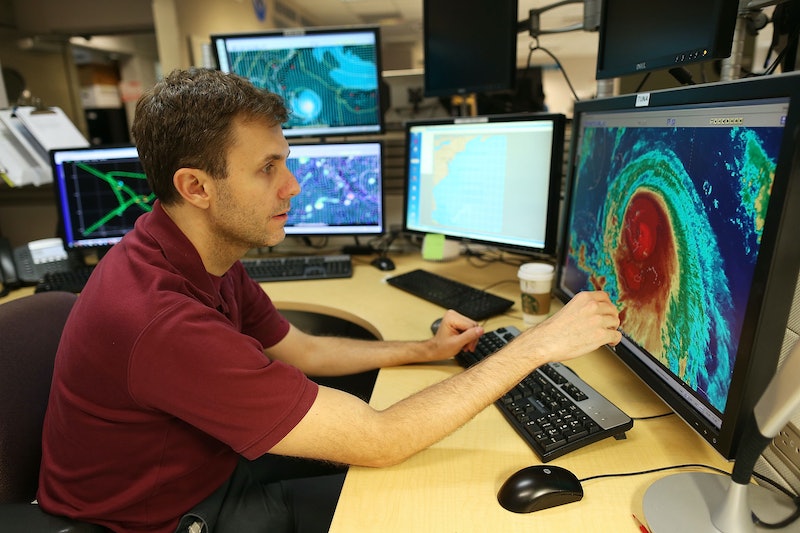 Hurricane Joaquin is expected to miss the Atlantic Coast, but according to The Weather Channel, multiple states on the East Coast are preparing for extreme rainfall and life-threatening floods. Parts of Virginia, New York, North Carolina, Maine, Maryland, Pennsylvania, and Ohio have already experienced significant flooding as a result of heavy rain in New England earlier this week, but even if the hurricane misses the East Coast, a complex weather pattern in the region is still likely to produce potentially unprecedented tropical rainfall, so cities should prepare for flooding because of Joaquin.

Early Friday morning, Hurricane Joaquin was "stalled" over the Bahamas for a second day in a row, not expected to head north until later in the day. Tropical moisture produced by the storm now threatens the East Coast of the United States with severe flooding, even if the storm itself doesn't batter the coast as it has been doing the Bahamas.

CNN meteorologist Rachel Aissen said that "we're looking at historic flooding in coastal South Carolina," with an expected 10 to 15 inches of rain. Charleston, S.C., is expected to take an especially hard hit, but the heavy rainfall is expected to get all the way to Columbia, more than 100 miles away. Charleston has already experienced severe flash flooding this week. As a result, South Carolina Gov. Nikki Haley has declared a state of emergency ahead of major flooding — and she's not the only one. Because flood warnings and advisories extend from North Florida to Connecticut as well as to parts of West Virginia, Kentucky, and Tennessee, the governors of New Jersey, North Carolina, and Virginia have also declared states of emergency in their respective states.

Because of this large-scale weather pattern, of which Hurricane Joaquin is a part, The Weather Channel reports that East Coast states should brace themselves for "flash flooding, river flooding, gusty winds, high surf, beach erosion, and coastal flooding." For many cities, the possibility of severe floods coincides with a time when they're already being inundated by rainfall. On Wednesday, Boston, Providence, R.I., and Portland, Maine, experienced new daily rainfall records that were more than double their previous records.

Whether or not Joaquin makes landfall in the United States, river flooding, coastal flooding, increasing winds, coastal impacts, and up to two feet of rain are all likely this weekend. The possibility of Joaquin hitting the East Coast should not be entirely dismissed — due the unpredictable nature of hurricanes, it could still shift directions — but if it hasn't moved further north by late Friday evening, it is predicted to remain at sea.