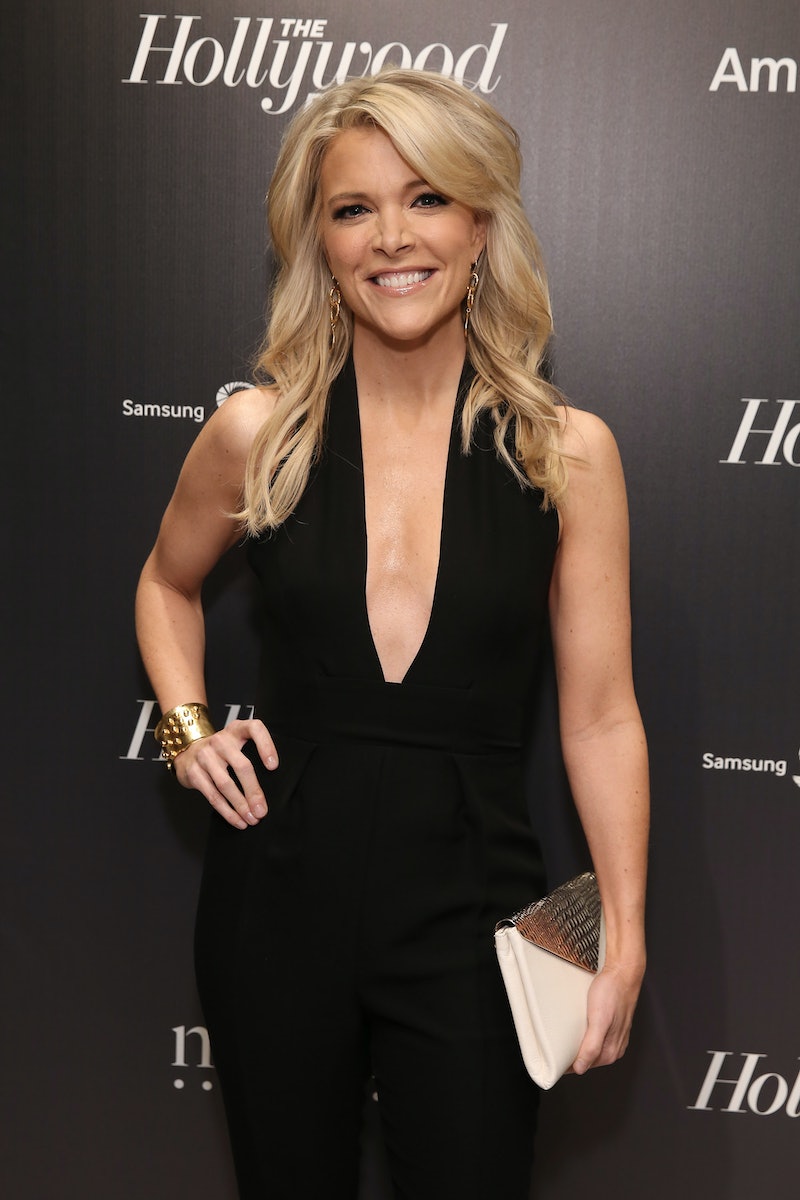 Something just happened that's downright momentous within the world of cable news — for the first time in ten years, a woman is standing at the top of the heap. Dating back to 2005, as CNN Money details, the title of quarterly ratings king in the age 25-to-54 demographic (often dubbed the "key demo" within the industry) has belonged to one man: Fox News host Bill O'Reilly, of the eponymous The O'Reilly Factor. But that streak is no more: Megyn Kelly topped the cable news ratings in the key demo for the third quarter of 2015, making her the first woman to do so in ten years and bringing an end to O'Reilly's decade-long iron grip.

The last time a woman on cable news earned this distinction, it was yet another Fox News personality, Greta Van Susteren, who has hosted On the Record With Greta Van Susteren on the channel since 2002. And if you're a little surprised to see so much Fox News at the top of the ratings war, you shouldn't be — regardless of whether or not you're a fan, their perch atop the cable news ratings war has been unrivaled and undeniable, always fending off the occasional, starry-eyed pushes from CNN or MSNBC.

It's definitely interesting to think about how this news was received by O'Reilly, who has a long track record of vociferous, unabashed boasts about his ratings dominance, sometimes invoking his popularity as a means to deflect away from entirely unrelated criticisms. The fact that a fellow Fox News host was the one to end his run will probably make it go down a little easier, however — if somebody over at MSNBC had managed to pull it off, that'd probably be the real pulse-quickener.

As for Kelly, she had a positively dynamite third quarter, buoyed by her strong performance as a moderator for Fox News' GOP presidential debate on Aug. 6, which was followed up by a special edition of her show, The Kelly File. And though the resulting dust-up between Kelly and GOP presidential front-runner Donald Trump may have helped generate some interest — or, more accurately, Trump's obsessive crusade of insults against her — he never actually appeared on her show, so he can't claim the credit on this one.

There are still more mountains for Kelly to climb, however, and repeating this performance could be tough. Her raw, total viewer numbers still trail O'Reilly's by just over 300,000, and absent that high-profile debate night edition, he still would've come out on top. According to CNN Money, that episode of The Kelly File alone was responsible for bumping her key demo average from 460,000 to 509,000, which barely outpaced O'Reilly's at 503,000. Suffice it to say, the final quarter of 2015 figures to be just as intriguing as the last one.