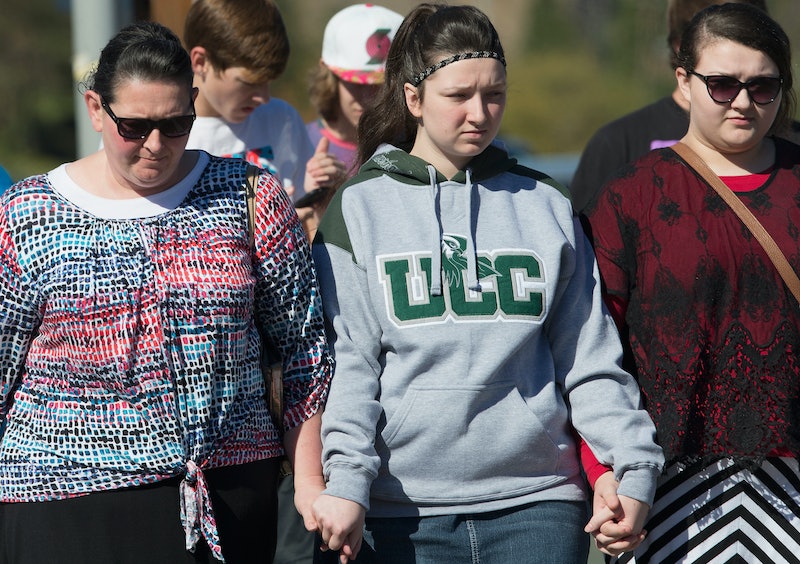 Witnesses of the Umpqua Community College shooting said that Chris Harper Mercer had handed a box possibly containing his final note to a fellow student in his English 115 class before opening fire, authorities reported early Saturday. A total of 10 people were killed in Thursday's mass shooting in Roseburg, Ore., including the shooter. Officers confirmed that the student who have been given the box was among the survivors, but did not elaborate further.

The contents of Mercer's multi-page note were first reported on Friday by two officials close to the investigation. According to the officials, Mercer had written that he was in a "bad way" and felt depressed and lonely. He also complained that he had never had a girlfriend and that the world had "turned" on him.

"[He] felt the world was against him," said one of the officials. "[He said he would be] welcomed in Hell and embraced by the devil ... he was depressed, sullen."

Mercer's final note may have been one of the items inside the box, CNN suggested in a report on Saturday. According to one of the survivors, the gunman "gave somebody a box, somebody who lived, and said, 'You gotta deliver this.'" Student Anastasia Boylan, an classmate of Mercer who was injured in the shooting and was recovering at a nearby hospital as of Saturday, had been in class with Mercer the day of the shooting when she told her father that she had seen Mercer hand the item to a classmate, who had also survived the deadly shooting, although she was unsure of the box's contents.

According to the news outlet, authorities confirmed that Mercer had handed out an item during the shooting and that one of the survivors had been given his final note, although it was unclear whether the recipient had been the same person in both instances. Police added that Mercer had instructed the student to give his note to the law enforcement.

Witnesses said that it was unlikely Mercer had chosen to open fire on the English classroom for any specific reason and that his instructor, 67-year-old assistant professor Larry Levine, who was killed in the shooting, had never had any issues with the gunman prior to Thursday's attack.

"He was just so easy-going," said Levine's colleague Andrew Madaus, who had shared an office with the writing professor, in a comment to The Los Angeles Times. "He's not the kind of teacher that drives you nuts because they’re always in your face, [so] he was perfect for that lower-level class because he had that extra patience."

On Friday evening, officials said that they were looking into a series of blog posts allegedly authored under an email address that Mercer had used, which contained language similar to his final note. Bustle has reached out to Douglas County investigators for comment and is awaiting a response.