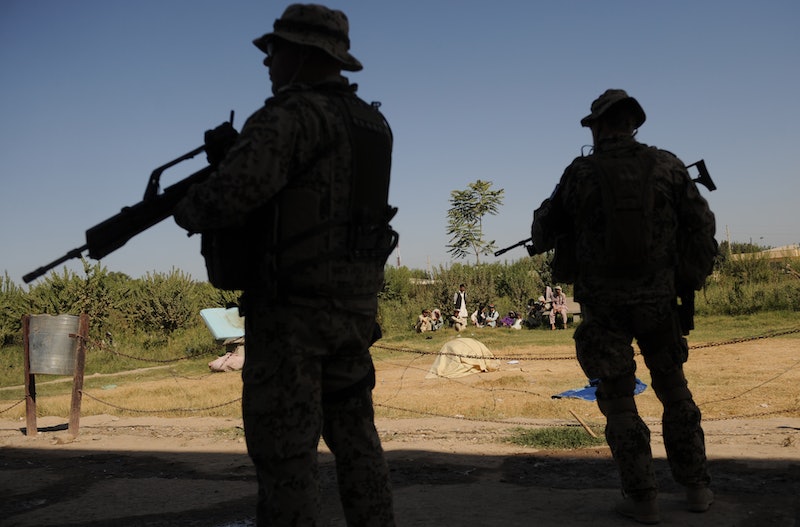 Medical organizations and peacekeeping organizations have condemned the U.S. for the alleged airstrike on a Doctors Without Borders hospital in Afghanistan, which the U.S. said was part of "collateral damage" during a mission in the city of Kunduz. The Guardian reports that the strike killed up to 20 staffers and patients in the strike Saturday morning, and the death toll could rise.

The U.S. has been leading airstrikes in the besieged area, but Doctors Without Borders released this statement saying that the GPS coordinates of the hospital had been circulated to avoid such incidents:

Doctors Without Borders/Médecins Sans Frontières (MSF) condemns in the strongest possible terms the horrific bombing of its hospital in Kunduz, which was full of staff and patients. MSF wishes to clarify that all parties to the conflict, including in Kabul and Washington, were clearly informed of the precise location (GPS Coordinates) of the MSF facilities in Kunduz, including the hospital, guesthouse, office and an outreach stabilization unit in Chardara northwest of Kunduz.

This deeply shocking event should be promptly, thoroughly and independently investigated and the results should be made public. The seriousness of the incident is underlined by the fact that, if established as deliberate in a court of law, an airstrike on a hospital may amount to a war crime.

International and Afghan military planners have an obligation to respect and protect civilians at all times, and medical facilities and personnel are the object of a special protection. These obligations apply no matter whose air force is involved, and irrespective of the location.

Although earlier reports indicate that Afghan President Ashraf Ghani’s office received an apology from an unnamed NATO leader, who explained and apologized for the attacks, NATO’s Resolute Support mission in Kabul could not confirm an apology.

NATO's Colonel Brian Tribus, the spokesperson for the international forces in Afghanistan, confirmed the airstrike and said that it is under investigation, which Doctors Without Borders is also calling for.

US forces conducted an airstrike in Kunduz city at 2:15am [local time] on 3 October against individuals threatening the force. The strike may have resulted in collateral damage to a nearby medical facility. This incident is under investigation.