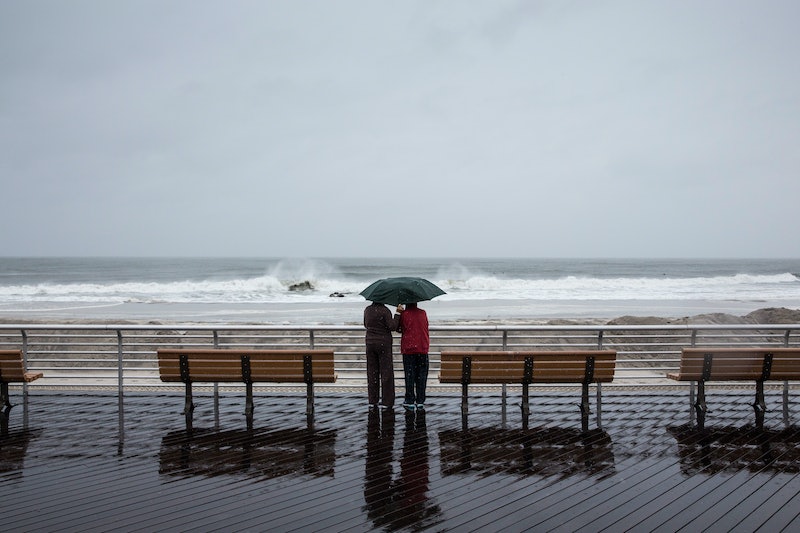 According to The Weather Channel, all eyes are currently on Bermuda, where a hurricane watch has already been issued. Bermuda will most likely remain at the center of Hurricane Joaquin's path. However, the hurricane's strength is expected to slightly decrease to a Category 3 storm.

Although the storm took a sharp turn over the last two days, heading further east than previously expected, coastal U.S. cities are already feeling the damaging effects of the hurricane. Cities from Charleston to North Wildwood, N.J., have already reported flash flooding, with fast-moving waters stranding cars and even uprooting houses from their foundations.

In South Carolina, flash flood warnings have been issued throughout the coastal parts of the state. According to NBC News meteorologist Bill Karins, Charleston received six inches of rain in a 12- to 18-hour period, and more is expected to fall over the weekend. Meanwhile, the Weather Channel reported at least eight inches of rainfall in North Myrtle Beach.

Cities in the Tri-State Area and New England are also preparing for more rain this weekend, as a separate storm is sure to hit the already flooded area. The Jersey Shore is expected to get the brunt of the damage, which will only be exacerbated if Hurricane Joaquin turns west toward the United States. New Jersey Gov. Chris Christie has already declared a state of emergency and consulted with Jersey Shore towns that were severely damaged by Hurricane Sandy just three years earlier.