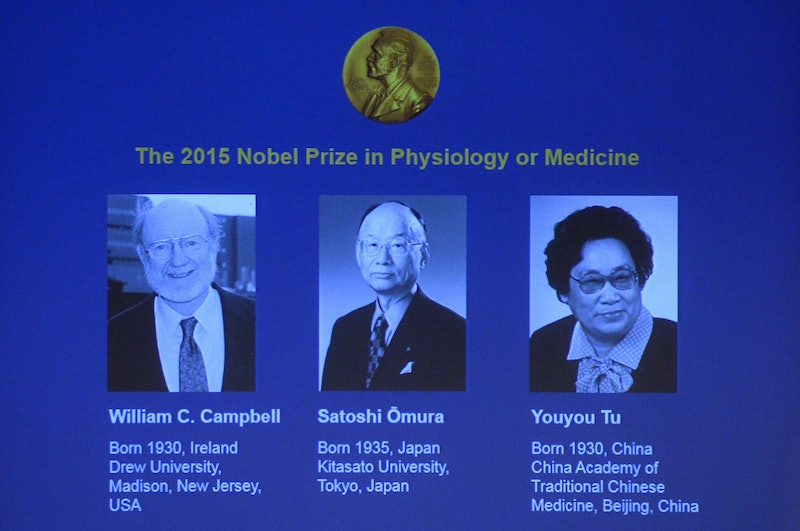 On Monday, the Noble Committee announced the first winners of its coveted prizes. The winners of the Nobel Prize in physiology or medicine are William C. Campbell of Ireland, Satoshi Omura of Japan, and Youyou Tu of China, whose work battles roundworm parasites and malaria. The award is the first Nobel Prize to be unveiled this year, with winners of physics, chemistry, and peace set to be revealed later this week.

Campbell and Omura developed a new drug called Avermectin that lowers river blindness and lymphatic filariasis, which affect a third of the world's population, according to The New York Times. Tu, who is the 12th woman and the first Chinese person to win the prize, discovered Artemisinin, which reduces mortality rates for people suffering from malaria. The disease, which is transmitted via mosquitos, kills more than 450,000 people a year.

At a press conference in Stockholm, the committee lauded the three scientists for their work in discovering new methods to reduce global rates of infections and disease.

These two discoveries have provided humankind with powerful new means to combat these debilitating diseases that affect hundreds of millions of people annually. The consequences in terms of improved human health and reduced suffering are immeasurable.