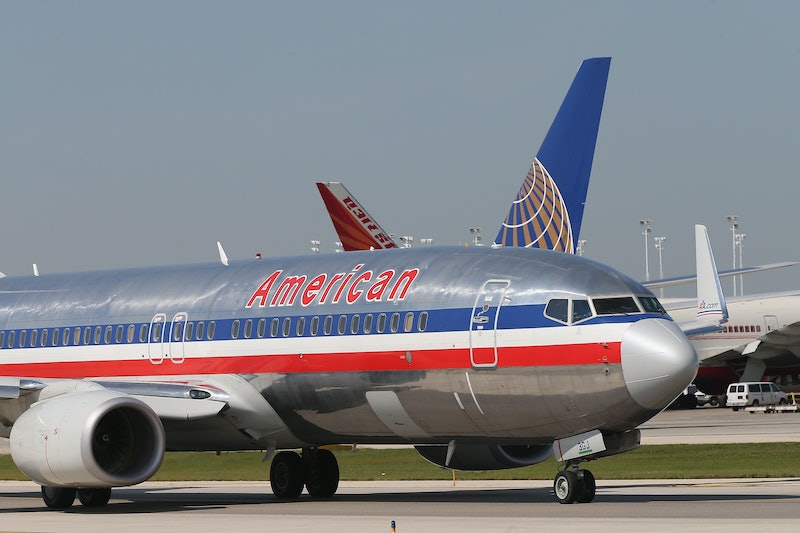 What was supposed to be a routine flight from Phoenix to Boston took a sad turn after an American Airlines pilot died mid-air on Monday morning on Flight 550. The 57-year-old's name was Michael Johnston, and he lived in West Jordan, Utah, according to KUTV, a CBS local news affiliate. The family has identified the body, and as of Monday night, the cause of death had not been released, though police stated the death was not suspicious. The plane was carrying 147 passengers and five crew members on the early Monday morning flight. According to The Boston Globe, none of the others on board were harmed or reported ill.

The plane, scheduled to land in Boston at 8 a.m., made an emergency landing in Syracuse at 7:10 a.m. after a co-pilot reported a medical emergency. One of the flight attendants on board was a registered nurse, according to Patch.com, and attempted to resuscitate Johnston when he fell unconscious. Passengers were told that the pilot had fallen ill as a co-pilot took over and landed the plane. In the audio of the request for emergency landing, the co-pilot can be heard saying, "A medical emergency. Captain is incapacitated, request handling for runway one zero landing." Johnston was pronounced dead at 7:13 a.m after EMTs arrived at the scene. The crew was replaced and the plane continued to Boston. It was only then that passengers learned of the pilot's death.

Passengers told the Globe that the incident was handled professionally. Of the emergency landing, others told CBS News "there was a quick descent ... [and] some turbulence," followed by "a hard landing in Syracuse." No passenger was alarmed enough to leave the plane when it made the emergency landing.

Medical emergencies on flights are fairly common, but it is unusual for a pilot to die mid-air. According to the Federal Aviation Administration, since 1994 only seven pilots have died mid-flight on commercial airlines. The FAA monitors pilots' health carefully and requires two other co-pilots to be on board in case of such emergencies. In the case of the American Airlines flight, a co-pilot was able to take over after Johnston became incapacitated and landed the plane safely.

Several passengers used social media to inform others about the death on their flight, including Louise Anderson of Boston:

American Airlines expressed condolences to Johnston's family Monday afternoon: "We are incredibly saddened by this event, and we are focused on caring for our pilot's family and colleagues," an airline representative said in a statement.