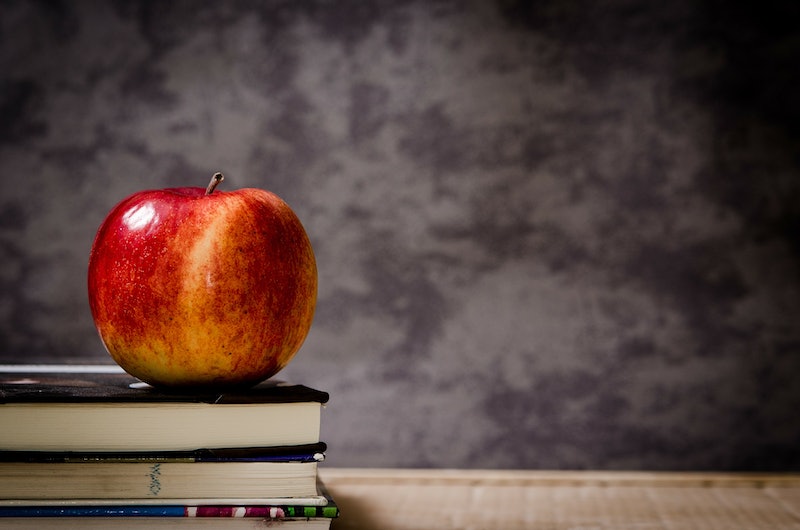 It's nothing new. Bullying is a real and serious problem, running rampant in schools all over the country, as well as online. In fact, a recent study showed that one in five high school students have been bullied. To combat the issue, 49 states have enforced anti-bullying legislation in high schools throughout the U.S. But whether they've actually been working has left the experts in debate. Until now, maybe. According to a new study, published Oct. 5 in JAMA Pediatrics, certain anti-bully legislation enforced in schools is working, both online and off — at least in some states. Investigators looked into 25 states which incorporated at least one U.S. Department of Education-approved law in their legislation, and found that it did in fact help.

Though anti-bullying laws have been praised by some for attacking the problem head-on, not everyone agrees. The legislation has been put under a real microscope in recent years, with critics claiming that anti-bullying laws are expensive, or that they encroach upon certain basic rights, like free speech. This most recent study, though, seems to be proving those critics wrong. In the states that researchers focused on — which included Alabama and South Dakota — the likelihood of a high school student being bullied at school decreased by 24 percent, and by 20 percent online. Though not all states were taken into account for the study, the research was still pretty comprehensive: 59,000 ninth-through-12th-grade students were studied, both from public and private schools, across 25 states. In doing so, researchers identified three main factors that had positive effects: An explanation of what was the legislation's goals were, whether the law outlined what constituted as banned behaviors, and guidelines for districts to enact and enforce these policies.

There are some caveats, however. Investigators claimed that their report was cross-sectional, meaning that it cannot predict whether a child would be bullied on a case-by-case basis. Concluding their study, the authors claimed that there is no panacea when it comes to solving bullying and cyberbullying, as it requires dynamic solutions set forth. “Bullying is a multifaceted phenomenon that requires a multi-pronged approach. Although antibullying policies by themselves cannot completely eradicate bullying, these data suggest that such policies represent an important part of a comprehensive strategy for preventing bullying among youth."

While officials are hard at work trying to use legal avenues to prevent cyberbullying and bullying, there are things you can do to make a difference, however small you may think that will be. Here are some ways you can curb the effects of bullying firsthand.

1. Recognize The Signs So You Can Stop It In Its Tracks

To combat bullying, it's especially important to understand what bullying truly is and what it involves. According to Stop Bullying, a group made up of several federal organizations, there is a distinction between the two. While teasing falls under the umbrella, the group claims that "bullying is unwanted, aggressive behavior among school-aged children that involves a real or perceived power imbalance. The behavior is repeated, or has the potential to be repeated, over time."

Unfortunately, many people are unaware that what they're doing is bullying. That's why Crisis Prevention recommends that you call attention to how they're acting before applying the "bullying label." It's especially important that the person is not only aware what they're doing is wrong, but why it's wrong. Most importantly, it's important to provide tangible examples of what they've done and how it can negatively affect other people.

If you've ever been bullied yourself, then you know the pain. And if you've ever stood by as someone else was bullied ... well, then you know it can be a heartbreaking thing to watch before stepping in. But the reality is that many people don't step in, which only allows the cycle to continue. Though the bystander effect is all too real, the National Education Association claims that it's important to also admonish onlookers for their inactivity. It's also a great opportunity to identify yourself as a resource for others who are experiencing bullying.

Whether or not you believe anti-bullying laws are working, they've certainly helped increase public awareness about an issue that affects far too many children on a daily basis — and that's at least a step in the right direction.

More like this
25 Inspiring Quotes From Black Women To Celebrate Black History Month
By Kyli Rodriguez-Cayro and JR Thorpe
6 Organizations Fighting Police Brutality That You Can Support Right Now
By Syeda Khaula Saad and JR Thorpe
24 History-Making Black Women You Probably Didn't Learn About In School
By Ayana Lage and JR Thorpe
These Artists Are Reimagining Black History Month To Create A Better Future
By Katie Mitchell
Get Even More From Bustle — Sign Up For The Newsletter
From hair trends to relationship advice, our daily newsletter has everything you need to sound like a person who’s on TikTok, even if you aren’t.