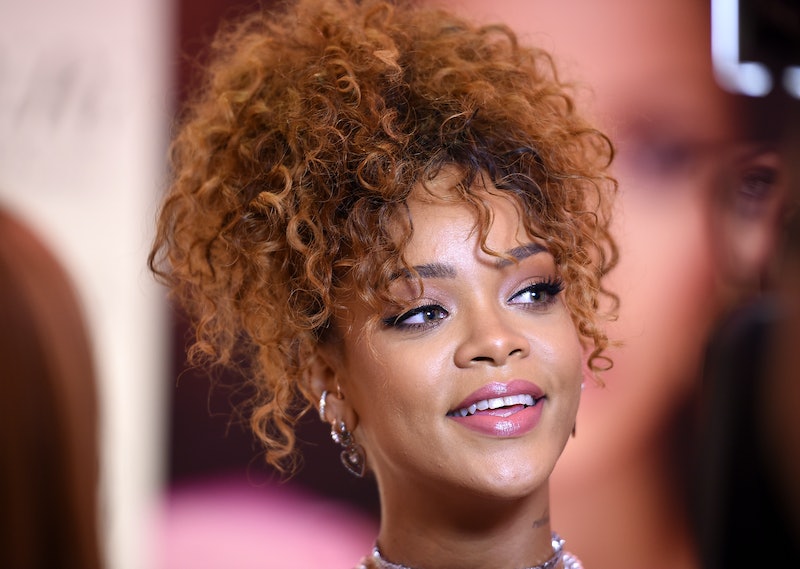 The moment that singer Rihanna said that Rachel Dolezal was a "hero" in the November 2015 issue of Vanity Fair, which hits newsstands next Tuesday, Oct. 13, the news caused quite a stir. Many people, especially those who are black or biracial, didn't exactly see Dolezal as any kind of hero when she rose to fame early this summer. Dolezal, the former president of the NAACP chapter in Spokane, Washington, said that she identified as black after her parents revealed that she was white. Dolezal had altered her appearance to look African American while working in the civil rights realm. Unfortunately, Dolezal's fame, like her "identity" as an African American, had died down before Rihanna's comments, and the article is only giving Dolezal more attention that she really doesn't need.

Rihanna's comments do make an important point — Dolezal saw being black as something positive, and something valuable. Her comments are also in stark opposition to one of the most common criticisms of Dolezal's actions in the first place. Many were quick to point out that at the end of the day, Dolezal can still be a white person, and she still has the experience of growing up white. Black people, meanwhile, can't choose to "identify as white."

In today's day and age, discussions of cultural appropriation are vital in America. Many white people still don't seem to understand how to show appreciation for other cultures without trivializing them, and Dolezal is only one of many examples. Like many other appropriators, Dolezal didn't see an issue with her behavior — she was, after all, a civil rights activist fighting to improve the lives of black people in the United States. But as a white person, she's also experienced plenty of privileges in this country, which she'd rather ignore than acknowledge.

Focusing on Rachel Dolezal and whether her actions are justified is important to understanding the black experience, but on a larger scale, it's not helping improve race relations in the United States. Debating how we should think about Rachel Dolezal doesn't change any of America's practices of systemic prejudice and institutionalized racism. Instead of wasting our breath talking about what she did, we should be focusing our efforts on improving the lives of all Americans, including those who are often faced with discrimination. Rachel Dolezal doesn't need more attention; civil rights issues need more attention. And that's something Dolezal and Rihanna would likely agree on.