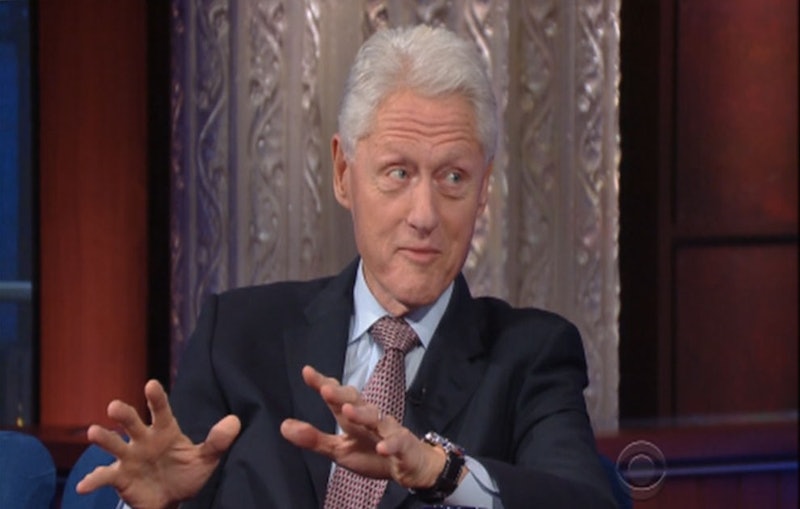 Say what you want about Bill Clinton, but the man knows how to talk. He's negotiated with countless world leaders, including former North Korean leader Kim Jong-Il for the release of American journalists Laura Ling and Euna Lee back in 2009. So, if we needed someone to represent the world in talks with extraterrestrials, who else but to send the 42nd president of the United States? Stephen Colbert thinks he'd make a great ambassador, so the late-night host asked Clinton to explain what he would say to aliens if they chose to invade Earth and he had to justify humanity's existence — which, the former president acknowledged, "sounds like an encounter I've had many times over the last 30 years."

Here's what Clinton's pitch would be:

I would say what the great microbiologist E.O. Wilson said in his book The Social Conquest Of Earth. I'd say, you don't want to get rid of us because of all the species that have ever lived, in spite of all of our bullheadedness, we are the great cooperators. And we live in a planet, and, increasingly, in a universe that is interdependent, so we've gotta do this stuff together. And we're your best chance on Earth. If you wipe us out, what are you going to do if you get hit by an asteroid?

Sounds reasonable. They don't call him the Explainer-in-Chief for nothing!