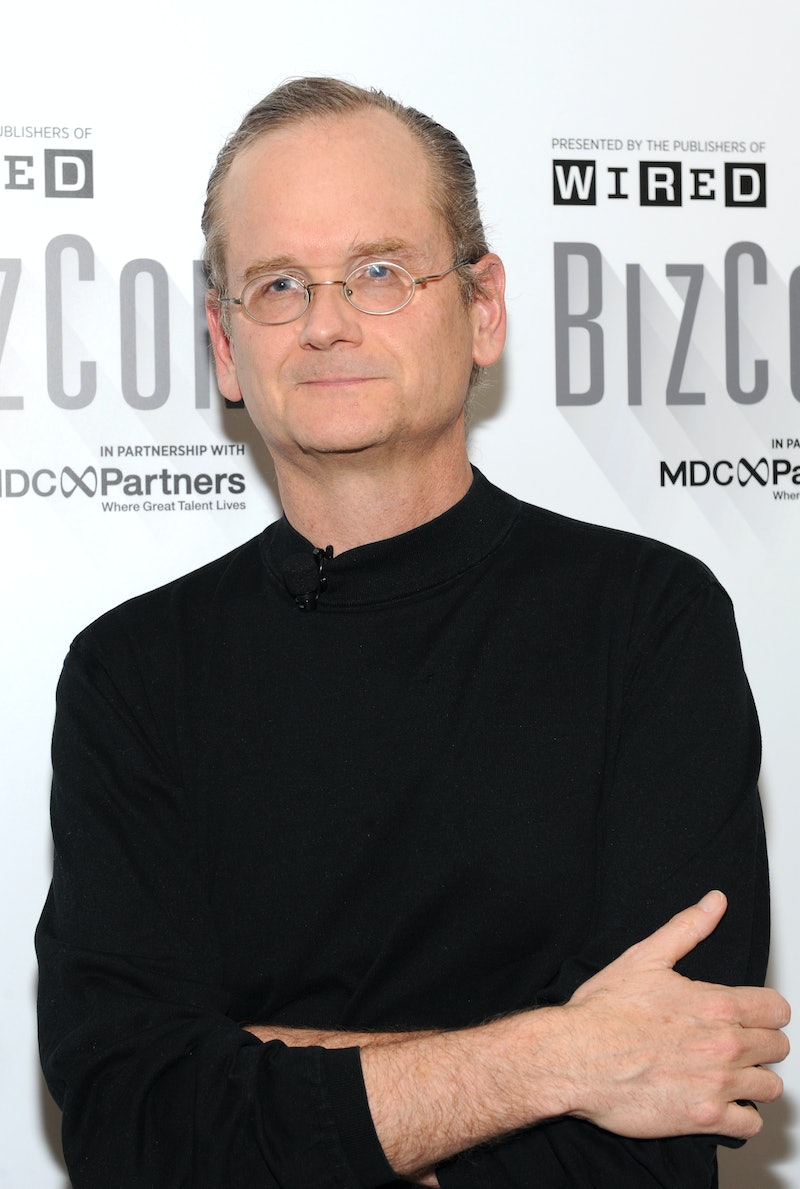 The first Democratic debate comes Tuesday, and CNN has pulled out all the stops to make this as big of a spectacle as last month's GOP event, including streaming the show in (gasp!) virtual reality. The Left's field is much smaller, meaning there's less drama over who makes the cut. But there's still grumbling on the sidelines because of who won't be in the Democratic debate.

The truth is CNN made the threshold for participating pretty low. Potential Democratic presidents must pull in a measly average of 1 percent from three national polls, taken from August to October. That rule has given golden tickets to Hillary Clinton, Bernie Sanders, Martin O'Malley, Jim Webb, and Lincoln Chafee. (Congratulations to the approximately one out of 100 Americans who support Chafee. You must be thrilled.)

Still, there are a few names being excluded from speaking directly to the American people. At least Republicans at the bottom of the pack had a chance to make their case in a happy hour debate. Would it hurt CNN to add a few more lecterns to the stage Tuesday? If they can cram 10 adults on a tiny podium inside the Ronald Reagan Presidential library (20 inches apart, mind you), I'm sure they can make some room at the luxurious Wynn.

As much as we make of the Democratic Five, there's actually a sixth candidate who just isn't getting any love. Creative Commons founder Lawrence Lessig quietly entered the race Sept. 9, and no one seems to know he was in the running (or that his platform is similar to Sanders' attack on Wall Street). In a post penned for Politico, Lessig accuses the Democratic Party of giving him the cold shoulder and undermining his ability to fairly compete with other candidates such as participating in public debates.

Lessig, also a Harvard law professor, claims that if he was included in national polls, he would be hovering 1 percent alongside O'Malley, Webb, and Chafee, which would qualify him for debates like CNN's. And it seems he has some people who support him á là #LetLessigDebate.

Yes, the Green Party's Jill Stein isn't a Democrat, but technically neither is Sanders. Stein, who also ran for president in 2012, has advocated for open debates so third-party candidates like herself can join the public forum. Chances are she'll be held at even further arm's length when it comes to the Democratic vs. Republican main card next year so why not let her at least join primary discussions?

Vice President Joe Biden has an open invitation to join CNN's debate if, and only if, he announces his presidential bid before Tuesday. While CNN is eager to get Biden on stage, it seems Uncle Joe is expected to pass. But word on the street is Biden will make his official decision by the end of the month. Fingers crossed.