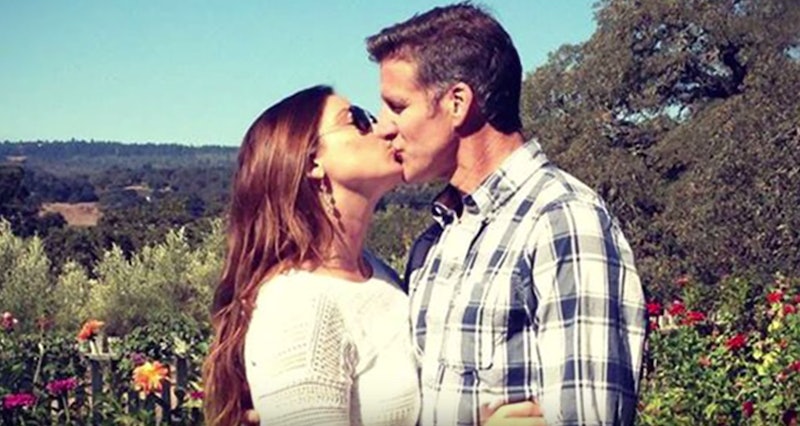 Shortly following the passage of California's "death with dignity" bill, right-to-die advocate Brittany Maynard has appeared in new footage previously unreleased to the public. The clip, assembled by the nonprofit Compassion and Choices, features Maynard discussing her decision to die by assisted suicide after being diagnosed with terminal brain cancer — a decision that gave her "tremendous relief," she said, despite being forced to uproot her life in California to follow through on it.

At the time of Maynard's diagnosis in 2014, only five states had right-to-die legislation in place, and unfortunately, California was not among them. With only months to live, the 29-year-old chose to move to Oregon in order to end her life the way she wanted. "I looked at passing away in hospice care in California, and I really didn't like what that would have looked like for me," she said.

In the period before her death, Maynard worked with Compassion and Choices to advocate for end-of-life choice legislation in her home state. As she released a series of videos, the story of one woman's fight to die with dignity morphed into something beyond what anyone could have expected: Her videos racked up hundreds of thousands of views, revitalizing the national conversation on the death with dignity movement. Thinkpieces were written, politicians were interviewed, and Maynard even took the opportunity to record video testimony for lawmakers in California.

"I decided to share my story ... because I felt like this issue of death with dignity is misunderstood," she explains in Compassion and Choices' latest video.

Maynard was always careful to make the distinction between suicide and her choice to die with dignity. In the video that started it all, she said that there was "not a cell in my body that is suicidal or that wants to die." However, with the debilitating symptoms of glioblastoma and no cure in sight, she wished to maintain her dignity into death. Furthermore, she wanted others to have the same right to choose.

"I would never sit here and tell anyone else that they should choose it for them," she said. "But my question is, who thinks that they can sit there and tell me that I don't deserve this choice?"

Although she passed away on Nov. 1, 2014, Maynard's efforts were not in vain. In September, the California Senate passed the End of Life Option Act, which would allow terminally ill patients to end their own lives with the aid of a doctor. Earlier this week, almost exactly a year after she went public with her story, Governor Jerry Brown announced that he had signed the bill into law.

Compassion Choices released new footage of Maynard to mark the passage of the bill as well as the anniversary of Maynard's advocacy work, and the video is a sobering reminder of what a gift life is. "Pay attention to ... what you choose to make important in your daily life," Maynard said. "If something is going to get taken away from you, it's not the stuff of life that's going to matter to you at all."