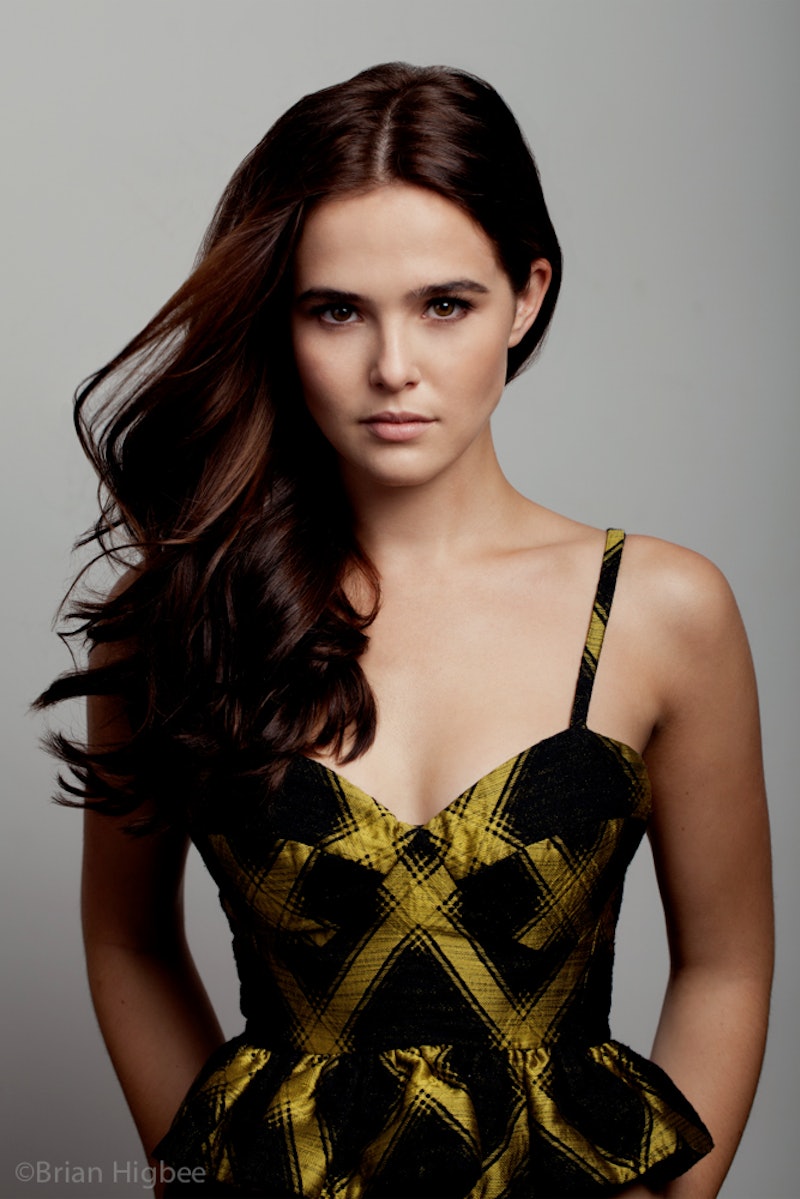 “At the end of the day, it’s not someone not believing in abortion that’s the problem,” Zoey Deutch says. The actress, best known for her role in Vampire Academy, reached out to Planned Parenthood last month in an effort to become more involved with women's health activism. She's with us discussing a recent conversation she had with a man who brushed off the topic by saying he was personally opposed to abortion. “It kind of took me a moment to step back and not be offended or annoyed,” Deutch says. But the problem, she continues, is not with any individual's beliefs — it's “forcing other people, other women, to have no other option but to abide by their beliefs, and Planned Parenthood makes it a choice.”

Deutch is well-acquainted with voicing her views — she's expressed support for Hillary Clinton's campaign, and tweeted about efforts to provide clean water to underserved communities — and her Planned Parenthood support is no different.

“This year, we’ve seen an unprecedented attack on women’s health from extreme politicians in Congress and across the country, who are just pushing to ban abortion entirely, to roll back women’s access to health care,” she says. “They’re threatening to shut down the government over providing basic reproductive health care to millions of Americans.”

Last month, the crisis over funding for women's reproductive health care in the United States boiled over when the House voted to defund Planned Parenthood. This crisis had been simmering throughout the summer — especially after videos were released purporting to show the organization's officials speaking about selling aborted fetal tissue for research. Public figures of all walks took to Twitter, employing the hashtag #StandWithPP and changing their avatars to pink-filtered images to express their solidarity with Planned Parenthood. In the midst of all this, Deutch took her activism a step further, posting a candid and outspoken open letter about the services the organization provides and why it's a crucial element of American healthcare, in the hopes of reaching "teenagers or people my age."

The actress is part of a contingent of celebrities who have voiced their support of ready access to reproductive health and family planning initiatives, and Planned Parenthood in particular. Some of the biggest names include Sara Bareilles, Lena Dunham, and Hillary Clinton herself. Even Ariana Grande tweeted an image to her 32.9 million followers. In comparison to some of her peers, Deutch notes, “I'm nobody.” (Um, okay — at last count, she had 137,000 Twitter followers.) She's glad her fellow stars are speaking out on social media. “That’s something that starts a conversation among young kids and their parents,” she says. “That is a big deal.”

Pop culture — whether movies, music, television, or celebrity — has the potential to start important conversations, Deutch says. While "celebrity activism" might be occasionally maligned, public figures have the power to keep those conversations moving, and can greenlight or veto projects through their involvement. For Deutch, who's known primarily for film (she has several projects in the works, including The Year of Spectacular Men and Richard Linklater's Everybody Wants Some), she's not supportive of movies that don't represent women's rights in a positive, realistic light. Though abortion appears infrequently in film and television, Deutch says that when it does, it's often in a stigmatized way — and she can make an impact by not associating with those projects.

Yet activism doesn't come without its critics, of course. Deutch has persisted in her public support of Planned Parenthood, despite overwhelmingly negative feedback towards her statements. “Any time I post anything about Planned Parenthood or Hillary Clinton,” she says with an incredulous laugh, “I get an overwhelming response of just pure hatred.” Particularly astonishing — and even simply confusing — is the angry response from women and girls, she says. One in five women have visited Planned Parenthood, according to its website, and Deutch says she “can't conceptualize” the idea that there are women, not only the “middle-aged white men” she references in her open letter, who support effort to dismantle the organization.

Among the liberties afforded to women with access to family planning services, Planned Parenthood, Deutch says, “enables women to complete their education; they can support themselves financially; they can plan their families; and they can have children when they are ready.” She mentions that the emergence of birth control is responsible for approximately a third of women's wage increases, relative to men. In short, “It's a lifeline.”

Following the House vote in favor of defunding Planned Parenthood, politicians on both sides of the aisle reached a stalemate, threatening a government shutdown if a budget deal could not be reached. In the end, no deal was brokered regarding Planned Parenthood. Instead, decisions on the budget were deferred till December, when the Planned Parenthood debate will almost certainly emerge once more.

But Planned Parenthood is far from in the clear, and the scrutiny on the organization is part of a broader phenomenon that Deutch calls “an obvious means of control” of American women. Her public statements couldn't come at a more opportune moment — following the budget deal, Congressional Republicans have now moved to create a new committee to investigate fetal tissue harvesting practices (and by extension, the entirety of Planned Parenthood's medical practice). Now more than ever, men and women alike are forced to confront the ongoing debate — and as Deutch astutely notes in her open letter, reproductive health has been appropriated as a "political bargaining chip."

“Planned Parenthood has been there for my friends and for my family when they needed them the most and when they didn’t have another option,” Deutch says. And they're certainly not alone. The organization has been around for nearly 100 years, and in that time, its work has extended far beyond the highly publicized abortion services. It also comprises cancer screenings, testing and treatment for sexually transmitted diseases, and contraceptive counseling, and its coverage is available for women and men alike. The essential and accessible work done by Planned Parenthood is lost somewhere behind the politicized battle for control of women's bodies, but activists like Zoey Deutch are bringing that work to the forefront and keeping an open and lively conversation going at a moment when it's most needed.

More like this
Mel B Speaks Out Against Domestic Violence In A Powerful Speech
By Sophie McEvoy
Chelsea Clinton On The Best Advice She Ever Got From Her Mom
By Brianna Kovan
Black History Month UK’s 2022 Theme Calls For Action, Not Words
By Maxine Harrison
Romance Authors Are Mobilizing For Reproductive Rights
By Natalia Perez-Gonzalez
Get Even More From Bustle — Sign Up For The Newsletter