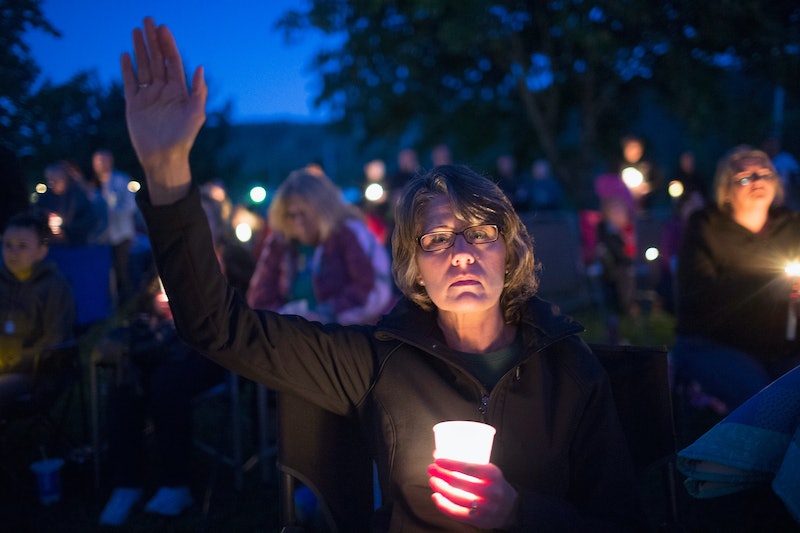 As a response to the recent shooting at a community college in Oregon, People magazine made a huge statement on gun control, advocating for individuals to reach out and contact their Congressional representatives. And they made it especially easy, by printing the contact information of all 535 voting members of Congress.

The emotional editorial, written by editorial director Jess Cagle, is new territory for the magazine. Their estimated 3.5 million readers aren't accustomed to political statements — but according to Cagle, this doesn't have to be a political matter. "The call to action isn't me asking people to take a political stance," Cagle told The Huffington Post. "It's me asking: Let's educate ourselves. Let's find out what's working. And what's not working. And find out what our representatives are doing about it."

In his editorial, Cagle discusses the upcoming features of the nine victims of the Oregon shooting, and how he agrees with President Obama's statements that media coverage of shootings is "routine."

As President Obama said, our responses to these incidents – from politicians, from the media, from nearly everyone – have become "routine." We all ask ourselves the same questions: How could it happen again? What are we doing about gun violence in America?

In the editorial, Cagle discusses a variety of subjects — from the narrow definition of "mass killing," to the fact that there have been 10,006 gun-related deaths in the United States this year, and yet nothing is changing. "I think about mass shootings when I'm on a train, and when the lights go down in a movie theater, and when I see children in a classroom," Cagle wrote.

Instead of offering a solution, Cagle laid the responsibility at the feet of Congress. "We need to know that our representatives in Washington, D.C., are looking for solutions and not giving up, and they need to know if we agree or disagree with their strategies," Cagle wrote.

The magazine, which will be released in print on Friday, includes the names and phone numbers of all voting members of Congress, while an online version of the editorial includes their email addresses and Twitter handles.

Although Cagle claims he doesn't have the answers, he's offered up a pretty compelling solution. In a debate as polarizing and controversial as gun control, it's hard to find a compromise. But whether individuals believe that the issue lies with gun control or mental health care reform, the fact remains that something has to be done.

The best way to enact change is to make it clear to elected officials that the public cares about these matters — and that they are willing to vote accordingly. If officials won't pay attention to their constituents and represent their interested accordingly, voters need to make it clear that in the next election, they will support a candidate who will. Contrary to popular opinion, our politicians are elected to represent us. So maybe it's time to remind them of that.