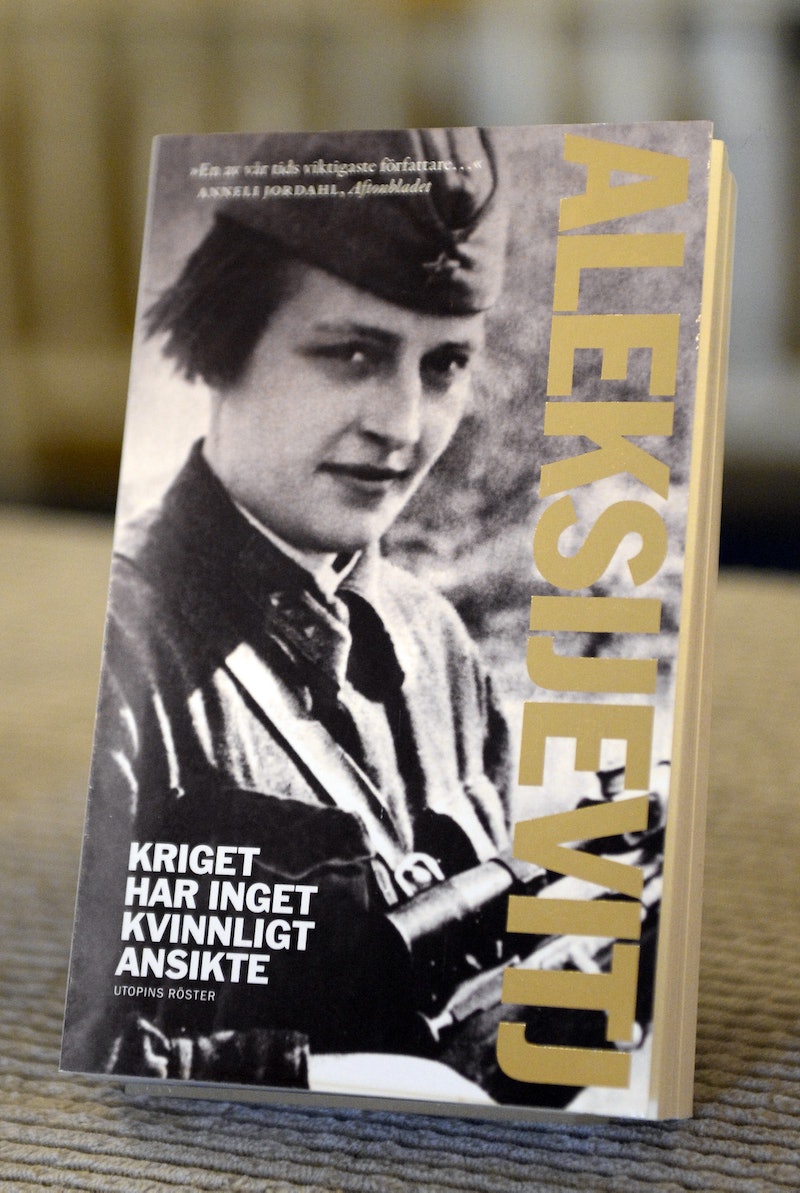 On Thursday, the Nobel Prize committee announced Belarusian author and journalist Svetlana Alexievich won the Nobel Prize in literature. According to a press release, Alexievich won "for her polyphonic writings, a monument to suffering and courage in our time." The 67-year-old is the 14th woman and the first from her country to win the prestigious prize, which includes an 8 million kroner purse, or $970,000.

Alexievich is best known for highlighting stories from the once powerful Soviet Union and the aftermath of its collapse. More specifically, she covered the Soviet occupation of Afghanistan from 1979 to 1989 as well as the 1986 Chernobyl nuclear disaster. Her first novel, War's Unwomanly Face, also explored untold stories of women who stood up to Nazi Germans. The 1985 book, which has sold 2 million copies worldwide, is solely told through monologues. The Last Witnesses: The Book Of Unchildlike Stories looks into the memories of wartime children. Enchanted With Death digs into the high rate of suicides spurred by the fall of the Soviet Union.

The Belarusian government has previously been critical of Alexievich's work, causing her to live abroad in Italy, France, and other European countries, according to The New York Times. On her website, Alexievich has said of her writing:

I've been searching for a genre that would allow the closest possible approximation to how I see and hear the world. Finally I chose the genre of actual human voices and confessions. Today when man and the world have become so multifaceted and diversified, when we finally realized how mysterious and unfathomable man really is, a story of one life, or rather the documentary evidence of this story, brings us closest to reality.