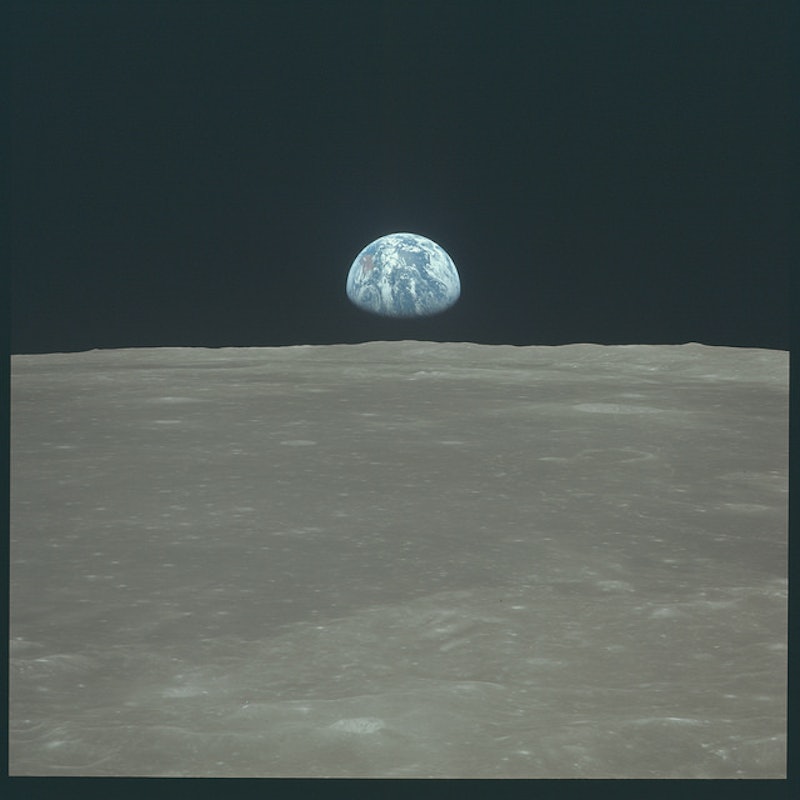 NASA has been really busy for the past 30 or more years. It's been so busy, in fact, that it took the organization all of that time to upload photos of the Apollo missions to one comprehensive Flickr account. They're like that friend you invited on vacation with the nice camera who didn't send you the photos for a year, except way worse. But it's OK, because NASA finally compiled all of the photos — there's about 13,000 of them — and they're amazing. Sure, they aren't all super clear, but they are still amazing. The best of NASA's old Apollo photos are a stunning portrayal of our universe, even if NASA wasn't working with the kind of camera technology we have now.

The images, which were all uploaded in the last two weeks to NASA's Project Apollo Archive Flickr account, show the Earth rising over the moon at different stages, astronauts on space walks, lunar craters, candid shots of Apollo 17 Commander Eugene Cernan, and shirtless shots of crew member Harrison Schmitt. The archive is maintained by space enthusiast Kipp Teague, whose website makes it clear just why it took him so long to compile all of these photos. (Just kidding! Thank you, Kipp!) The collection spans from Apollo 7, the first manned test flight in 1968, to Apollo 17, the program's first lunar mission in 1972, according to CNN.

The collection includes the well-known images of Neil Armstrong, who became the first man to walk on the moon on July 20, 1969, during the Apollo 11 mission, as well as Buzz Aldrin's first clumsy moonwalk, according to the Guardian. Here are 16 stunning photos of NASA's Apollo archive.