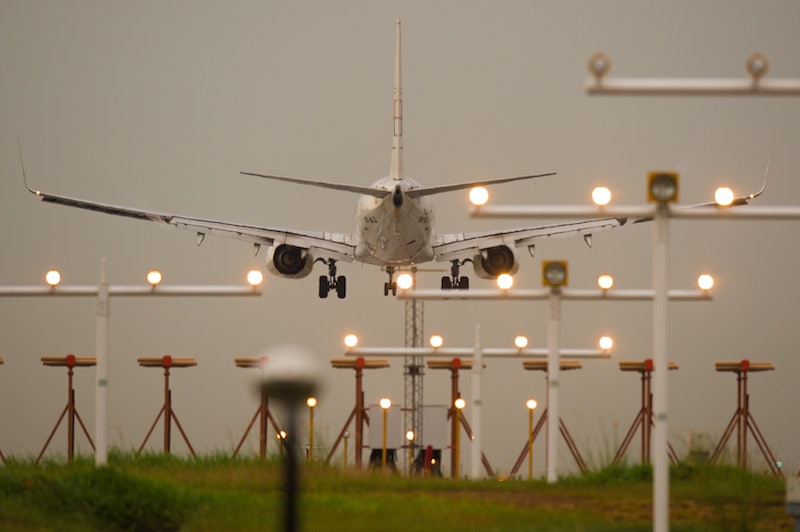 Every Halloween, countless people go all-out with their costumes, creating hilarious, topical, sexy, or esoteric outfits that show off creativity and a goofy joie de vivre. However, there are always a handful of Halloween enthusiasts who just don't show enough restraint in their costume ideas. Every year, we see social media accounts, and then the news, flooded with photos of people dressed in racist and/or culturally insensitive costumes, and a lot of times, people will (for some reason that I can't grasp) capitalize on recent tragedies. In 2014, after flight MH370 disappeared and there was little idea of what became of it, its passengers, and its crew, some people thought it would be clever to wear MH370-themed costumes. For God's sake, do not make a costume related to MH370.

My suspicion is that the less sensitive among us will, as they always do, seize upon recent news about a tragedy and use it to try to make something funny. Over this past summer, pieces of an aircraft were discovered off the coast of Reunion Island, and were later determined to be from the still-missing MH370.

Anyone who followed the story of the flight well enough to know that there were new discoveries about the flight would also know how devastating the drawn-out and often seemingly hopeless the search for answers has been for the families and friends of the victims. Just because something is in the news doesn't mean it's fair game for anyone to make light of, mock, or turn into a pathetic punchline used to get attention from friends for one evening in October.

Last Halloween, there was quite a bit of buzz about costumes related to the then-missing flight. Some people wore kimonos, black wigs, and fake blood on their faces and clothing, and made fake flight attendant badges to complete the look. There were also groups who dressed as generic crew members, wearing professional attire and fake blood. Some pairs of people even dressed as zombie versions of flight crew members. I'm not going to include photos of the costumes, as they're seriously offensive and I don't want to give any additional attention to anyone who made and wore them, but if you're curious to get a look at how far some of these Halloween partiers went, you can see some examples here.

As photos of the poorly-conceived costumes circulated the Internet, family members of those on the flight, as well as representatives from Malaysia, expressed outrage. The president of the the National Union of Flight Attendants Malaysia condemned the costumes, and many others took to social media to express their disgust at the distasteful choices. Elizabeth Nari, daughter of the chief attendant on Flight MH370, compared the costumes to the idea of Malaysians wearing costumes that mock the 9/11 tragedy.

The fact that we are fairly removed from the situation here in the U.S. should be enough to send off a little alarm in our heads that says "I probably don't know anywhere near enough about this to even think about making light of it." For some reason, Halloween brings out a side of society that utterly lacks cultural literacy or critical thinking, and last year's MH370 costumes (and what I fear will be a repeat of that same idea this year), are a perfect example of something to avoid if you're looking for a "ripped from the headlines" idea.

So before anyone makes a costume that will inevitably make you look like a completely insensitive jerk, just ask yourself if it's possible that it could legitimately hurt someone's feelings. There are so many goofy and cool and interesting ideas for playing adult dress-up, so let's not stoop to something hurtful and totally unimaginative. Use your brain, don't be an ass, and eat lots of candy corn.