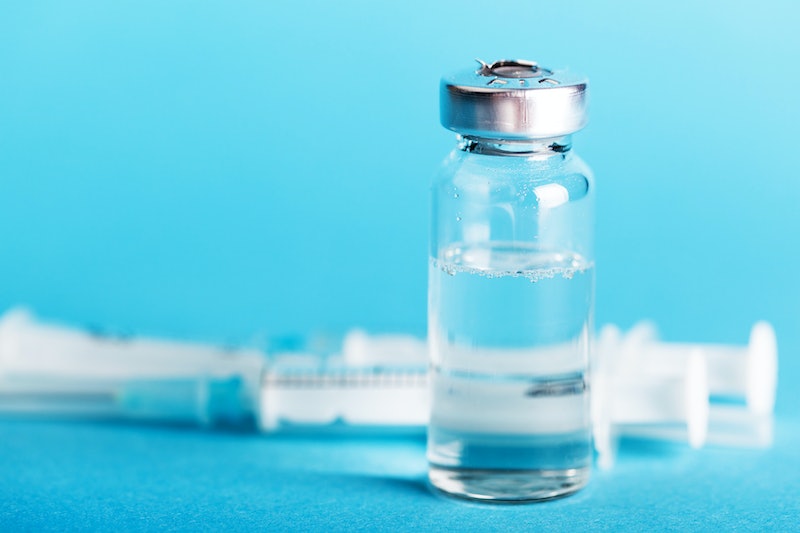 The debate over whether or not vaccines cause autism has been raging for well over a decade now. And yet despite the fact that countless studies have disproved the autism connection time and time again, the anti-vaxx movement is still alive and well across the U.S. But this week brings some new evidence that may finally put things to rest: A six-year study funded by anti-vaxxers found no link between vaccines and autism. That's right — an anti-vaxxer group known as SafeMinds bankrolled a team of researchers to definitively prove once and for all that vaccinations cause autism, and... well, failed. The findings were recently published in the journal Proceedings of the National Academy of Sciences,

According to Medical Daily, the study examined the research of doctors who divided 79 infant monkeys into six different groups. Two of those six groups were given vaccines containing thimerosal, an antiseptic and antifungal component that was only removed from vaccines very recently. Meanwhile, two other groups were given the very vaccine that anti-vaxxers have often attributed to causing autism: the measles, mumps, and rubella (MMR) vaccine. In contrast, the last two groups were control groups, and were each given a saline injection instead.

In the end, the facts spoke for themselves. As the study authors concluded:

No behavioral changes were observed in the vaccinated animals, nor were there neuropathological changes in the cerebellum, hippocampus, or amygdala. This study does not support the hypothesis that thimerosal-containing vaccines and/or MMR vaccine play a role in the etiology of autism.

But despite these seemingly definitive findings, SafeMinds released a statement Monday that shows the group doesn't seem to be putting a lot of weight to the results. The response, which was penned by SafeMinds co-founder Lyn Redwood, R.N. calls the study findings "controversial," accuses the media of "getting it wrong" when it comes to vaccines in general, and states that more research is still needed to be done. From SafeMinds:

The vaccine primate study in question consisted of multiple phases. The initial phase found a series of negative effects in infant reflexes and brain growth among those exposed to vaccines. The second, recent phase purported to find no effect. SafeMinds has concerns about changes in the study design protocol and analysis that may have led to these contradictory results. We are in the process of collecting and reviewing additional information regarding this study.

In the post, Redwood maintains that SafeMinds' mission is to end what they're calling the "autism epidemic," and help find effective treatments in the process. But their vow to continue funding for research appears to be firmly rooted in vaccine-autism connection alone. Meanwhile, though, there is some evidence that the anti-vax movement is losing a bit of steam. This summer, a national poll conducted by C.S. Mott Children's Hospital claimed that 34 percent of parents think vaccines have more benefit than they did one year ago and 25 percent of parents believe vaccines are safer than they were one year ago. In some parts of the country, the government is also stepping in: In June, a bill was passed in California that outlawed all non-medical vaccine exemptions. The bill came following the measles outbreak that first erupted in Disneyland in December 2014, and eventually spread, experts say, due to the alarmingly high rate of unvaccinated Californians. That same month, the American Medical Association called for a ban on non-medical exemptions nationwide — though a federal bill has not yet been presented to Congress.

In case you were wondering what some high-profile anti-vaxxers had to say in regards to this new evidence, well, they're not saying much. (At least so far.) The Twitter feed of Hollywood's most vocal anti-vaxxer, Jenny McCarthy, doesn't mention the conclusions of this latest study, and even presidential hopeful Donald Trump — perhaps the world's loudest vaccination skeptic — isn't spreading the word either. (Though if Trump's history on the matter is any indication, only time will tell how long he stays mum.)