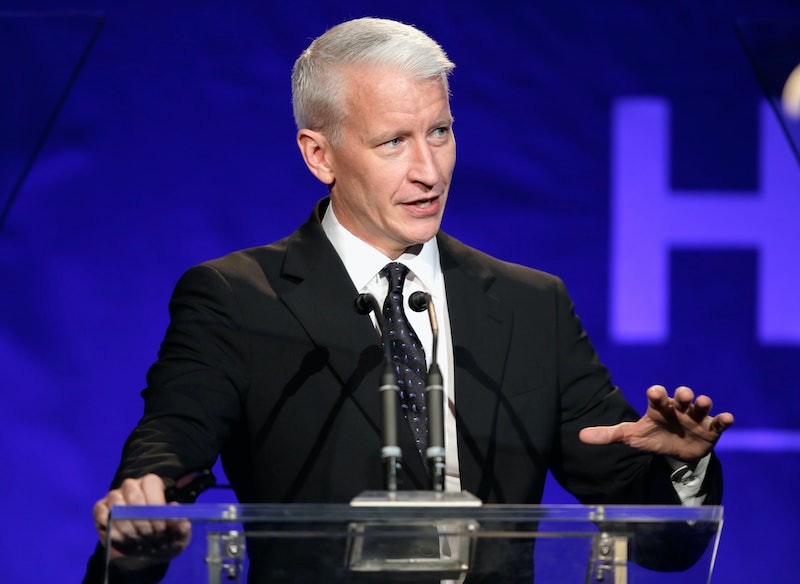 On Tuesday, CNN will host the first Democratic presidential debate of the 2016 election cycle. Following two debates between the Republican candidates, the Democratic candidates will make their debate debut for 2016 moderated by Anderson Cooper. The Democrats will have a total of six debates before a nominee is selected. The line-up for the debate has not yet been announced, but it is most likely Hillary Clinton, Bernie Sanders, Martin O'Malley, Lincoln Chafee, and Jim Webb. It is possible that the sixth candidate, Lawrence Lessig could also participate, if he gets high enough poll numbers. Unlike the most recent Republican debate which was also hosted by CNN, the Democratic debate on Tuesday will run two hours (the second Republican debate was three hours). Time will be a little tight for the Democrats, so it's important that Anderson Cooper asks tough questions during the debate.

Clinton and Sanders, who are by far the two front-runners among the Democrats, will almost certainly receive the most talking time, but it is important for the public to hear from each of the candidates, as this is the first time we'll have the opportunity to see all of them in direct conversation with one another. Given only two hours to ask and answer questions, Cooper will need to be sure to cover the most important topics, and allow for as many candidates as possible to provide comprehensive answers. Here are some of the toughest and most important topics Cooper should be sure to have the candidates cover on Tuesday.

How Will You Support Black Lives Matter?

Both Clinton and Sanders have gotten themselves into hot water by not adequately responding to questions from Black Lives Matter activists. The debate is a chance to show if they have a real plan to address racism in the U.S.

Do You Have A Plan For The Equal Rights Amendment?

Women's rights groups are eager to (finally) have the ERA ratified to the Constitution. It seems most likely that the candidates are all in support of the ERA, but whether or not it would be a priority is something we could learn during the debate.

How Will You Protect Abortion Rights?

An extremely hot button issue right now with all of the attacks on Planned Parenthood, liberals will want to know how each Democrat would plan to protect and expand reproductive rights.

What Is Your Immediate Plan To Stop Gun Violence?

Much of America is outraged and terrified in the wake of so many mass shootings so far in 2015. The Republicans seem to be dominating the conversation around gun control, so it's important that we have a chance to hear about plans and policy ideas from the Democrats.

What Is Your Plan For Syria?

Putin's recent moves in Syria have changed the options that the U.S. has for action (or inaction, for that matter) in the country. Clinton and Sanders have both spoken out on Syria, but I'm curious to hear the two of them discuss their differing strategies with one another, and see if the other candidates' idea challenge the two front-runners.

How Will You Help Alleviate Student Loan Debt?

Many university graduates are crushed under the weight of their student loan debt; as of August, U.S. graduates are reported to have a total of $1.19 trillion in student debt. Democratic candidates will have to articulate a plan for alleviating this debt crisis, particularly if they want to appeal to college-aged voters.

What Actions Will You Take To Reform Prisons?

Prison reform activists are advocating to end employment discrimination for former inmates, and the U.S. is soon to release 6,000 offenders from prisons across the country. The debate will be prime opportunity for the candidates to address how they plan to deal with prison over-population, the death penalty, and prisoner mistreatment.