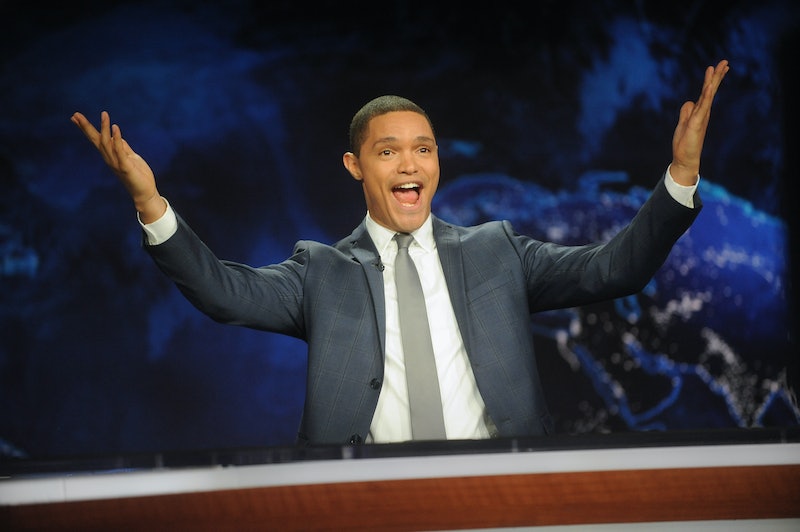 This weekend, the Los Angeles Convention Center will play host to Politicon, the first ever political convention. Although it may sound like a serious event for policymakers and national leaders, that couldn't be further from the truth. Politicon, simply put, is intended to be like Comic-Con — except for political nerds.

For two days, politics junkies across the country can join together for discussion, debate, and a rousing good time. According to Simon Sidi, the con's founder, the intent of the event is simply to entertain. Like any other convention, Politicon holds no other function than to encourage individuals with a similar interest to come together in celebration of their passion.

A few years ago, it might have sounded unusual for politics to be classified under entertainment (or even listed as a kind of interest). But the current climate surrounding the 2016 election has changed our notion of what it means to be "interested in politics." No longer is it reserved for political science majors and kooky uncles who ruin Thanksgiving. Politics have become interesting. Politics have become cool.

And the Politicon lineup is definitely cool. The Daily Show host Trevor Noah is expected to make an appearance, alongside the widely popular Young Turks host Cenk Uygur. Black Lives Matter activists will be hosting a panel, and the International Spy Museum will live broadcast their podcast. In between panels, Politicon attendees can check out movie screenings and stand-up comedy routines.

And the event is entirely nonpartisan. Conservative writer Ann Coulter will host two panels, as well as former Speaker of the House Newt Gingrich. Some of the planned panels focus on the right to life and religious freedom. Sabo, the artist responsible for those shirtless Ted Cruz posters, will also be in attendance.

What Politicon is attempting is almost revolutionary: blending politics and pop culture in an effort to bring both sides of the aisle together for the sake of larger discussion. And though some may dread the combination of politics and entertainment, it may not be the terrible, cataclysmic event that some may fear.

According to Vanity Fair, individuals who come in cosplay — meaning dressed in costume — will receive free entrance to the event. But the sea of individuals in Hillary Clinton or Richard Nixon costumes will be sitting down to listen to robust discussions from former Obama adviser David Axelrod and POLITICO's Chief White House correspondent Mike Allen. This isn't "politics lite." It's full-blown politics, with a side of fun.

And making politics fun and inviting is, frankly, necessary. By setting aside the nation's legislative process as a dry, stuffy subject reserved for old white men, it is inherently limiting diversity and interest for a broader audience. There will be no youth voters if the youth don't think taking part in the political arena is of any interest. By adding an element of fun, it encourages exploration, debate, and learning — resulting in a better informed, more involved populace.