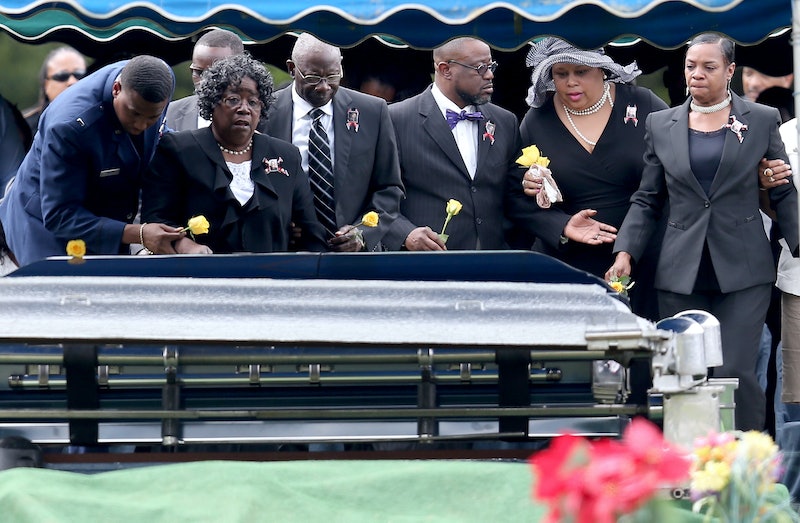 Thursday evening, the city council of North Charleston settled with the family of Walter Scott, the unarmed black man who was shot to death by a white police officer in April. The South Carolina city will pay the family $6.5 million. An attorney for the Scott family said that the decision was historic: "It sets a good precedent for a city not tolerating this sort of behavior from police officers."

Scott died April 4, after Officer Michael Slager shot him during what was supposed to be a routine traffic stop over a broken taillight. After being pulled over, Scott attempted to flee from the scene, and Slager shot him in the back as he ran away — and it was all documented on video. Slager, who was fired and is currently in jail after being indicted by a grand jury for murder, has said he did not know Scott was unarmed, and felt threatened that Scott might quickly pull out a gun and shoot at him first. "Just that three seconds of the video came out. And everybody thought I was racist, and I just got out of my car and just shot him in the back for no reason," he told NBC News. "That's what makes me upset is that nobody knows what actually happened." If Slager is convicted, he faces 30 years to life in prison.

Anthony Scott, Walter Scott's brother, told The Washington Post about the settlement: "This is a small victory. And as long as we win the war, and get a conviction for murder, we will be pleased and feel like we got justice."