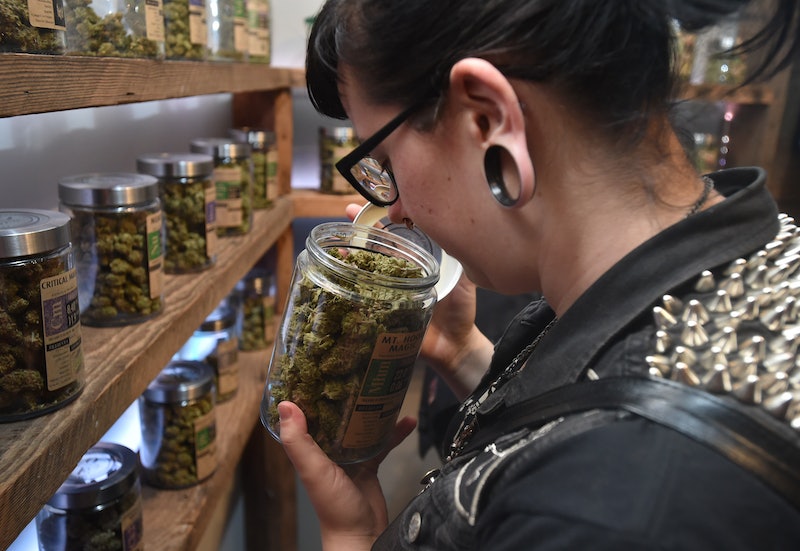 Weed legalization has received relatively little attention in the 2016 presidential campaign. It’s not terribly surprising that GOP is steering clear of the the subject: The party’s broad opposition to any sort of marijuana legalization puts them at odds with the majority of Americans. But several states will vote on marijuana legalization measures at the ballot box next year, and this begs the question: Will the Democrats discuss marijuana at the debate on Tuesday?

For the most part, Democratic candidates haven’t avoided the subject. Vermont Sen. Bernie Sanders, a vocal opponent of the war on drugs, wants to legalize medical marijuana, while former Maryland Gov. Martin O’Malley, who signed legislation in his state decriminalization small amounts of weed, supports relaxing marijuana laws. But Sanders has downplayed the significance of marijuana as a policy issue, while frontrunner Hillary Clinton has largely avoided taking any stance on weed altogether.

All of this is odd. For Democrats, marijuana legalization is an issue that’s ripe with political opportunity. For a decade, Americans have been warming to the idea of legalizing the herb. President Obama has been somewhat relaxed in enforcing federal marijuana laws and has faced little consequences for doing so. Meanwhile, four states have legalized recreational marijuana use, a change that’s raked in a windfall of tax revenue and hinted at the incredible economic benefits that could result from full legalization.

And this is to say nothing of the drug’s enormous health benefits. Despite its legal status, cannabis is something of a wonder drug, and for many Americans who suffer chronic diseases, it’s nothing short of a godsend. Marijuana been especially helpful in treating childhood epilepsy; one New Jersey family actually moved to Colorado because medical marijuana was the only medication that successfully stopped their 6-year-old child’s seizures.

In other words, the Democratic contenders for president can easily grab this issue by the horns, and they won’t be taking a big risk. By strongly voicing support for medical marijuana legalization, the candidates would have the political, economic and moral calculus all on their side — a rarity as far as hot-button issues go. They would also spur enthusiasm amongst the liberal base, and as an added bonus, they’d have a new issue on which to brand Republicans as being out-of-touch with the times (not that there’s any shortage of such issues).

It’s high time that Democrats seize the opportunity to throw their support behind weed. Next week’s debate is the perfect opportunity for them to blaze that trail.